North fork of the Provo river

The Crystal lake trail head in the Unitas is one of my favorite places in Utah, it's very challenging finding a place to park. It would be great if the forest service would quit allowing the Washington lake campground from making the trail head parking area, its overflow parking. Luckily, my son, Coltin and I, planned are little excursion on a Sunday, so the trail head was only around ninety percent full. My son tends to have to work on Saturday so we just planned to-day hike, no real plan, just exploring an area I have always want to check out. We both drove so we could just make it a trough hike and so we could cover the twelve miles and do it all down hill! Little did I know that the upper section of the trail is seldom used and the trail peters out in several places, so we ended up doing a little bushwhacking to get back on track. The toughest part of this trail--passing up the waterfalls and not taking in all the beauty!

Below is the second group of falls, the first I plan on saving until next year, when the water level is higher and the water flows will be greater. So you're going to have to settle for this one, not that it's a bad one! 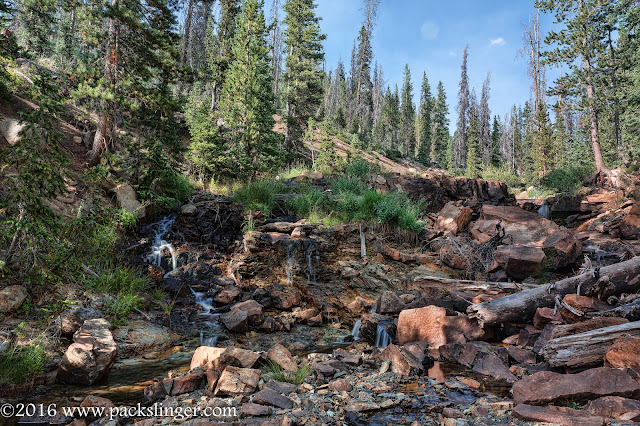 The third falls had two small drops and with the surrounding colors, makes up for the lack of size. 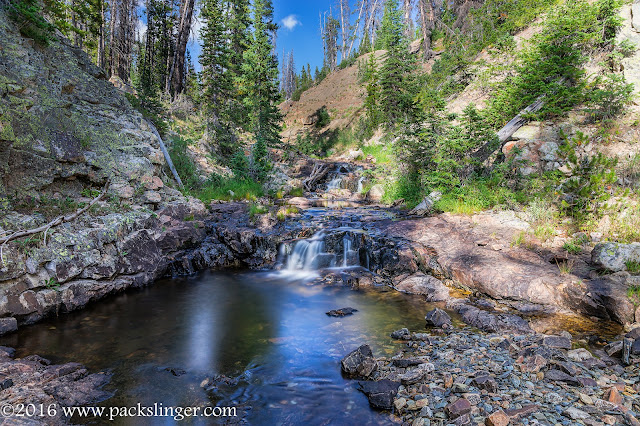 The sporadic trail, meandered trough downed trees, saturated marshes, and heavy timber. We followed the river as it continued to cut its way though the land, leaving many gorges in its wake. I pride myself of my ability to throw around cheesy puns, so it was nice to see that it had rubbed off on my son. It was a proud moment for me as we traversed one of the many gorges, and he proclaimed one of the deeper ones, it a "gorgeous gorge"!

I nearly missed this one, if I hadn't looked behind me at the river at the exact moment I did, I would have completely missed this gem, I can only imagine how many I missed on the sections the trail moved away from the river. 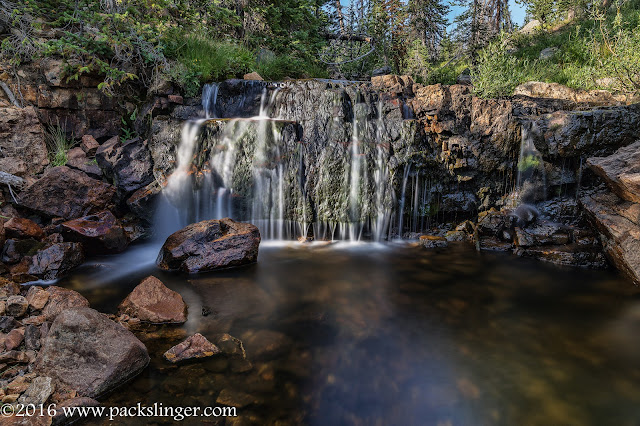 This is definitely my favorite fall along the trail, and certainly the tallest one we came across. 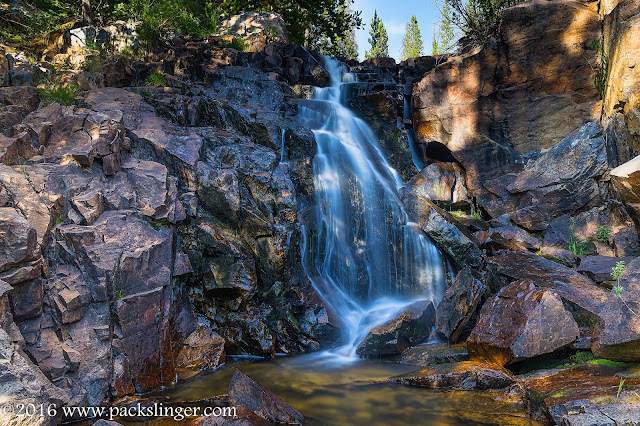 This beauty, was found while trying to find the trail once again, it is also the first place we both slipped into the river, trying to rock hop. Despite the wet feet, this falls made up for it! 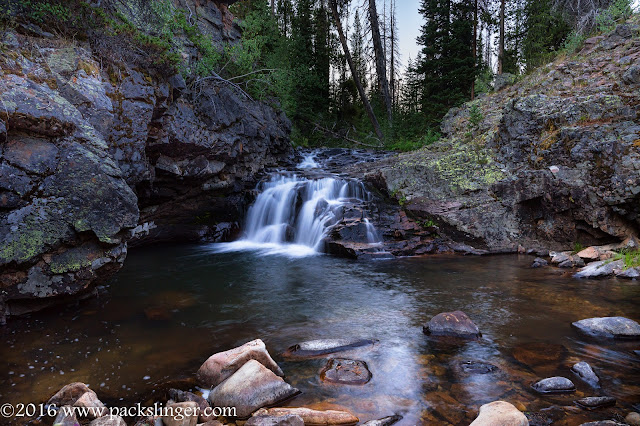 Shortly after the last falls, after finding the trail once again, the trail abandoned the river and just pierced it way through the remaining forest and descended around two thousand feet. At this point we started running into cattle grazing near and sometimes right on the trail, Most had calves with them, so we carefully negotiated the massive females eyeballing us as we passed by their young ones.

This little one, surprised and concerned me because we couldn't see it's mother! Not a great picture, it was well past sunset and I had to really crank up the ISO to take it. How often do you get to see moose calf in the wild? 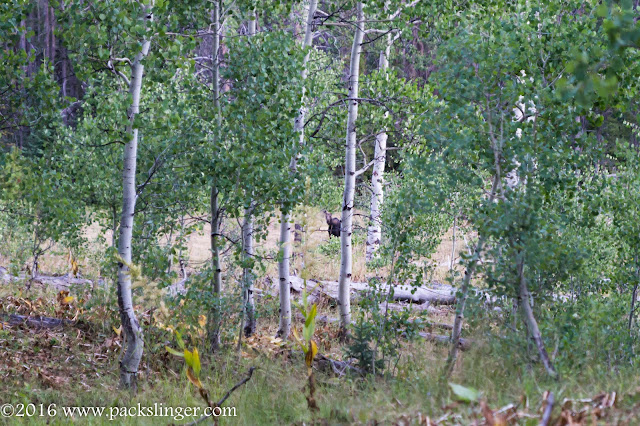 Darkness fell quickly after sunset and even with the waxing moon, I managed to stub my toes on nearly rock along the trail. We ran into the a road and made it to the truck a little before ten and drove home. What a great, very long trail to explore--it was worth the sore feet and toes. Now I just have to decide if I want to try it again next year as soon as I can get up there and capture those falls along with more of the ones I missed when the water flows are higher.

Posted by Packslinger at 1:35 PM 2 comments: