My buddy and I had started making plans to attack this mountain after crossing it on the way to Coyote Gulch. We have visited this area once before with a few others and caught some pretty good fish. We thought there would be plenty of open water, boy were we wrong! We did find a little and the first fish caught was a small Cutthroat trout just under 10 inches; the next fish however was awesome! 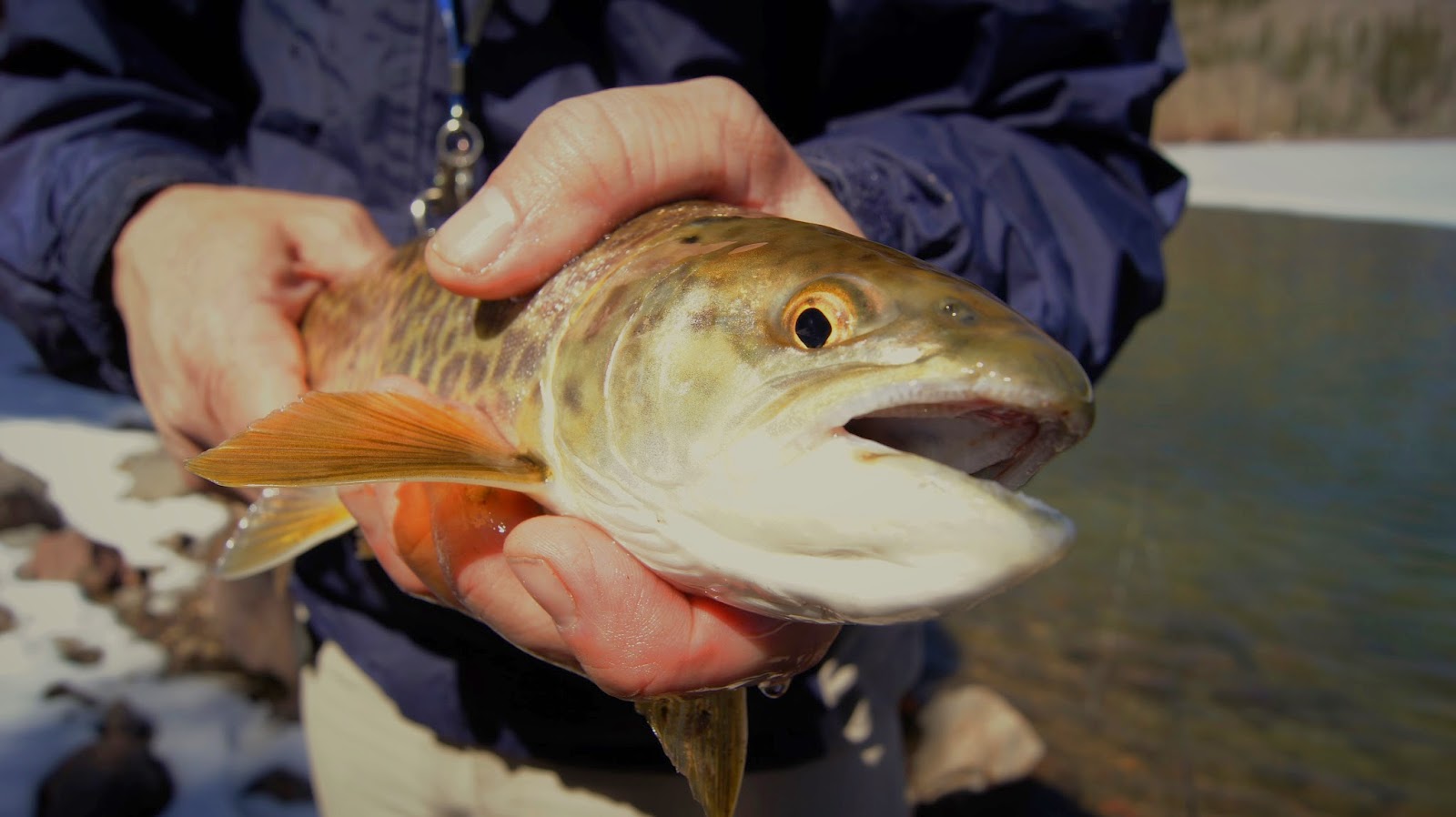 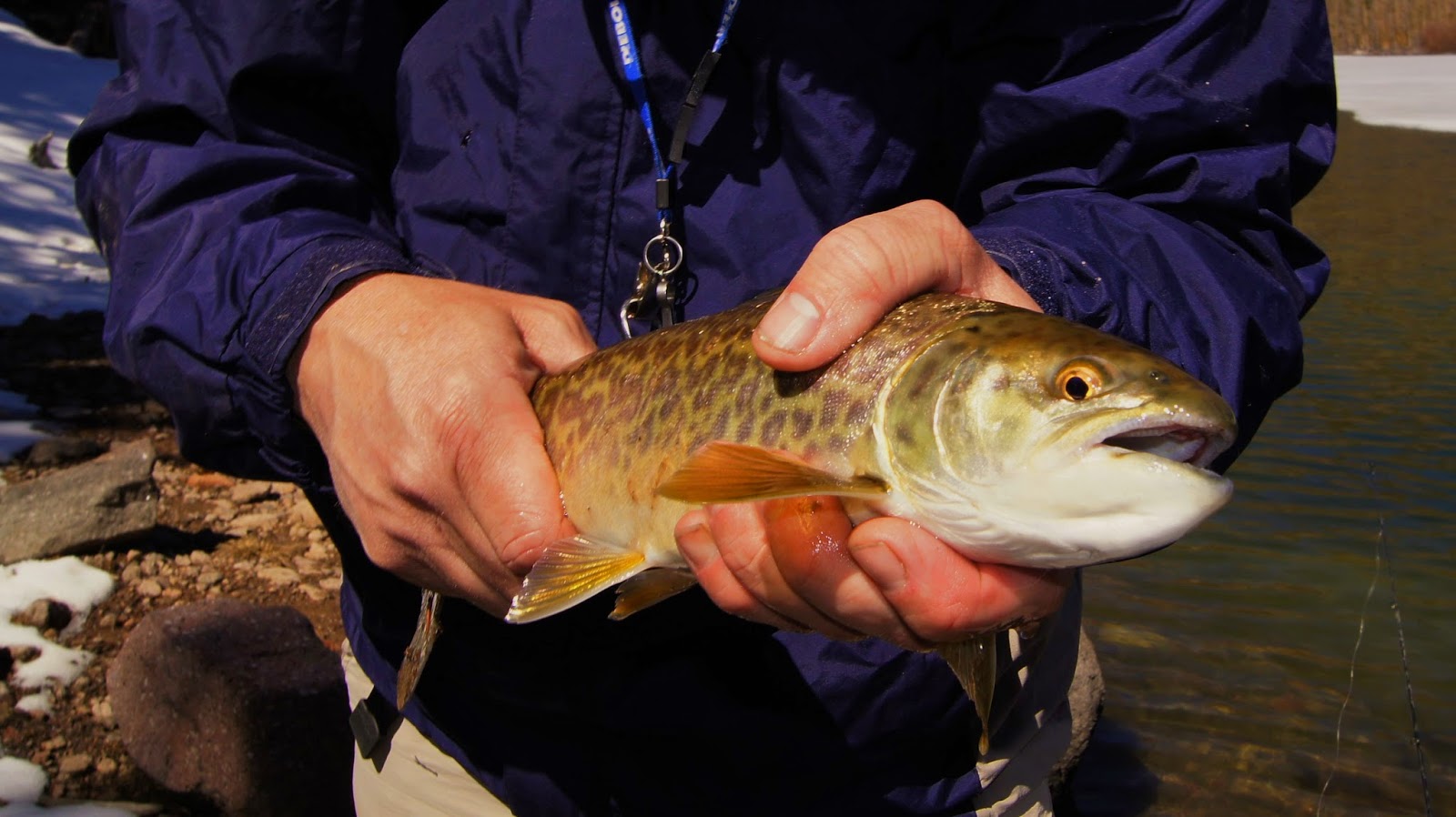 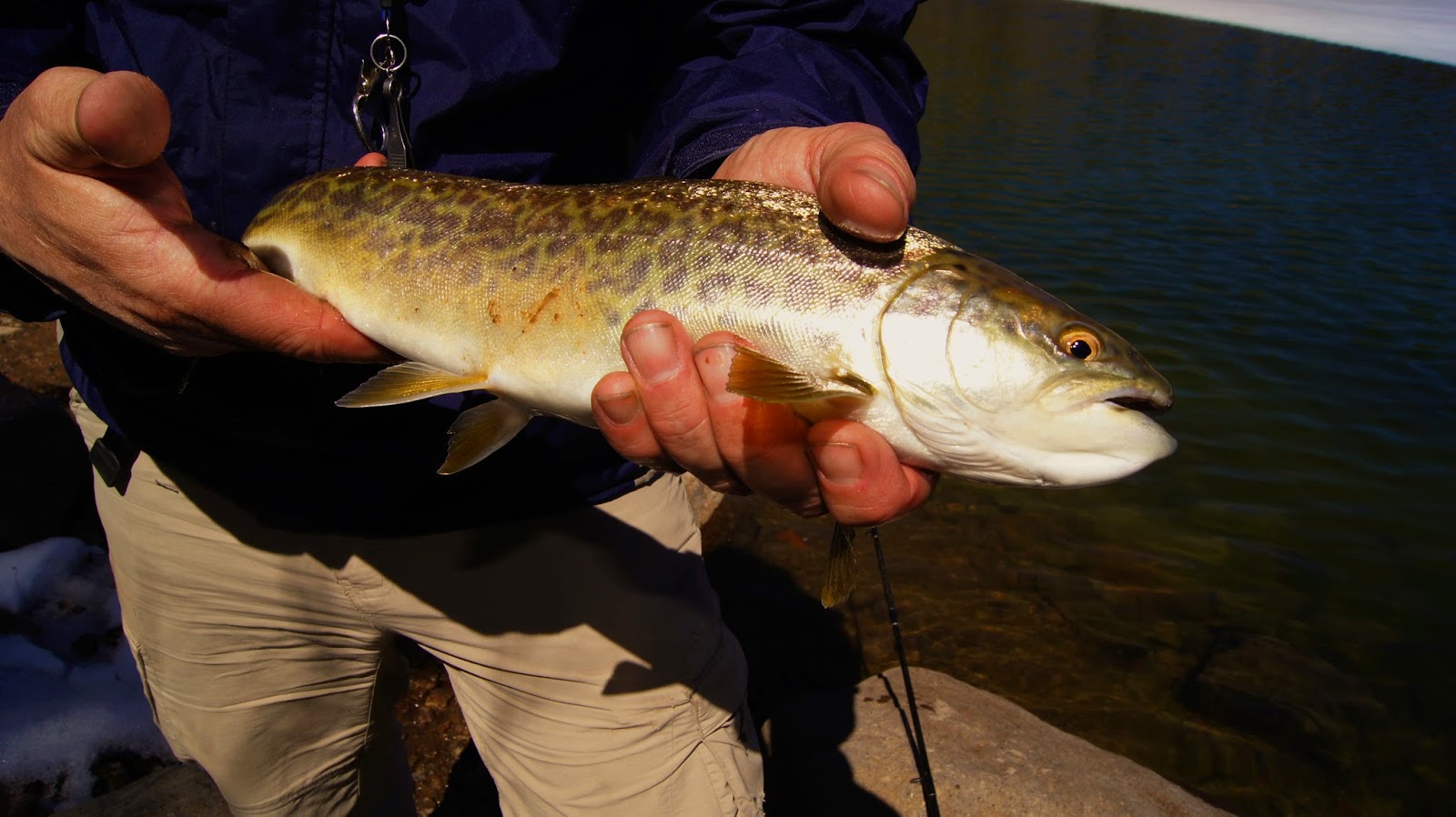 You'll have to bear with me, I took a photography class and I am still getting to used to using manual settings. I took a lot of pictures and not many turned out the way I expected so you may notice some flaws. The above fish is a Tiger trout, a hybrid of the Brown and Brook trout; my buddy swears it's about 17 inches. To tell you the truth I was just so excited to catch that size of fish in the small section of ice free water I didn't think to measure it, however I definitely believe it to be my biggest tiger trout to date!

We fished the area for about an hour but didn't catch anything else until we headed back down the mountain to Lower Bowns. Here we couldn't keep the Rainbow trout of our lures and after 30 or so we decided to head back up the mountain to seek out open water without Rainbows! The lake that was responsible for stoking our desire to search this beautiful mountain was mostly free of ice but occupied by some turkey hunters when we finally reached the lake. After a brief conversation with one of the guys there, he claimed to have seen "300 winterkilled fish" floating in the lake. Terrible news simply because of the monster Brook trout that haunt that lake. It was quite late when we arrived and we need to head back before it was too dark to do so and it was quite the blow to learn of winterkill at such an awesome lake. We bagged our plan to return the next morning and decided to see if we could reach Boulder top instead.

On the way back we ran across some elk. 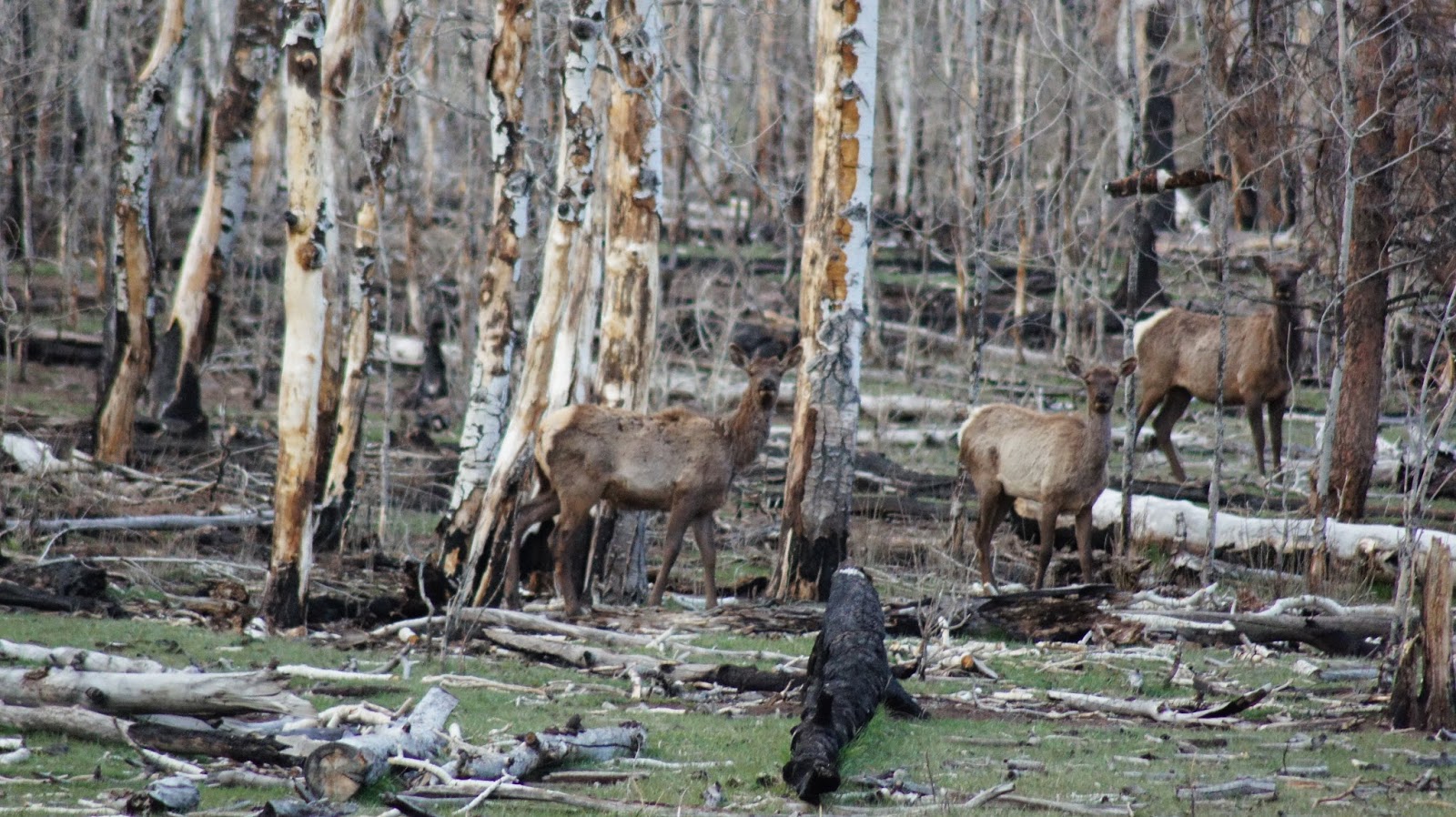 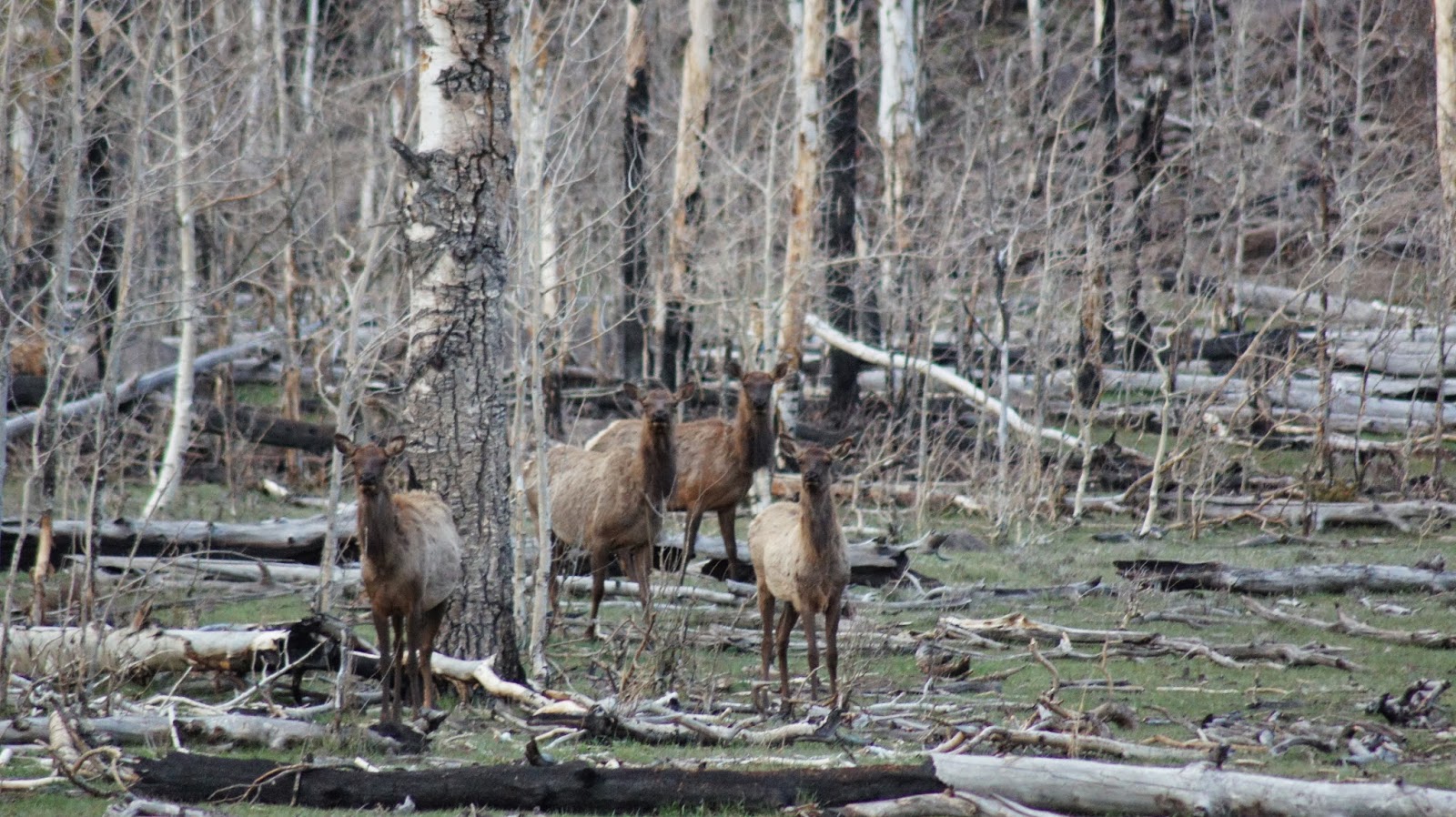 The next morning we continued our search to no avail and could not reach the top as there were too many three foot deep drifts blocking the road. A couple more weeks and the lakes will be open and the roads should be clear. We ended up fishing a small creek full of small beautiful Cutthroat trout. We lost count of how many we caught but I'm sure we surpassed fifty. Every little turn had a small hole with many of these beautiful fighters! 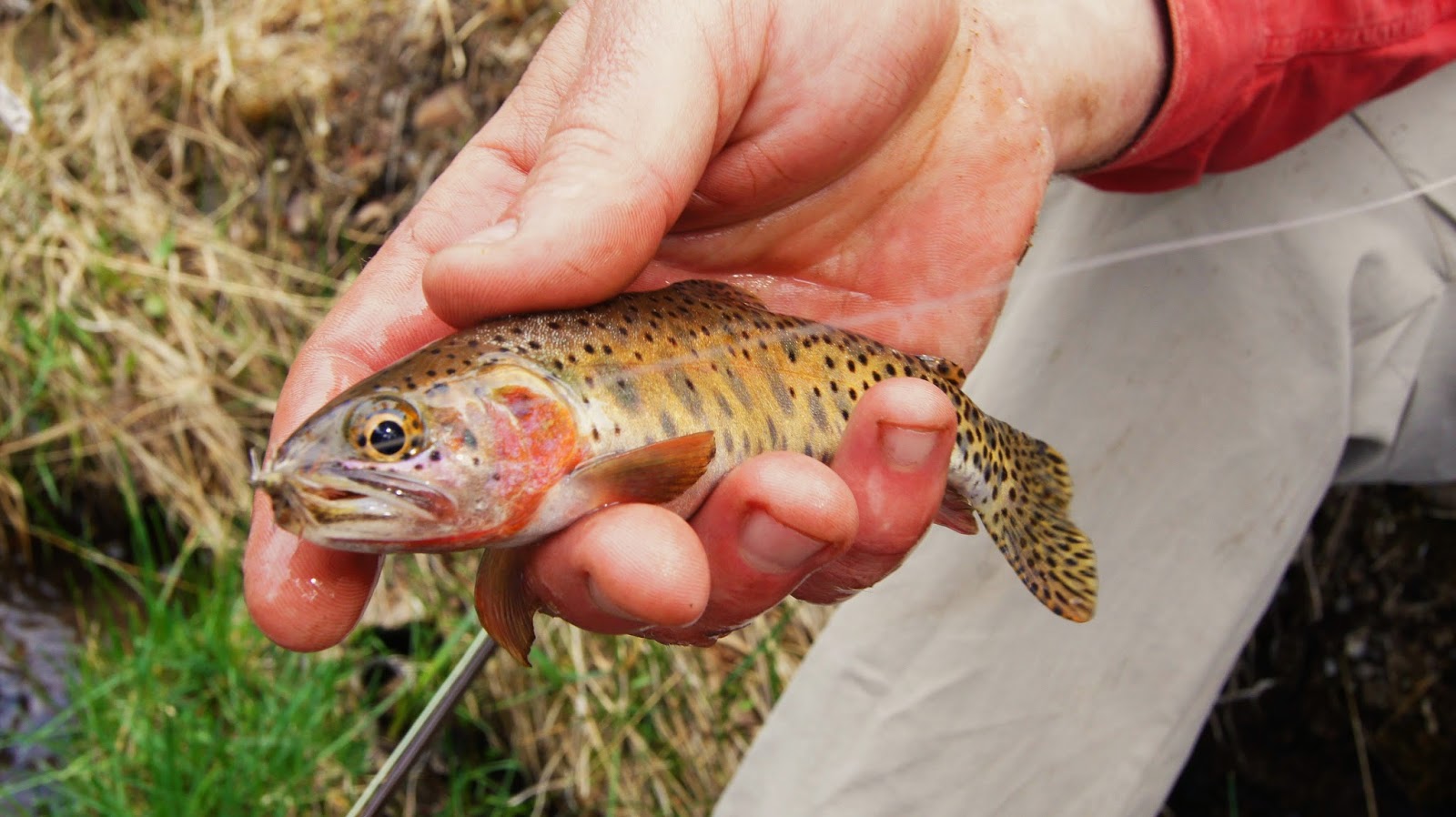 I spent more time snapping pictures than I did fishing! Here are some of the better photos I took on our trip upstream. I tried quite a few different shutter speeds and color variations; here's a few examples. 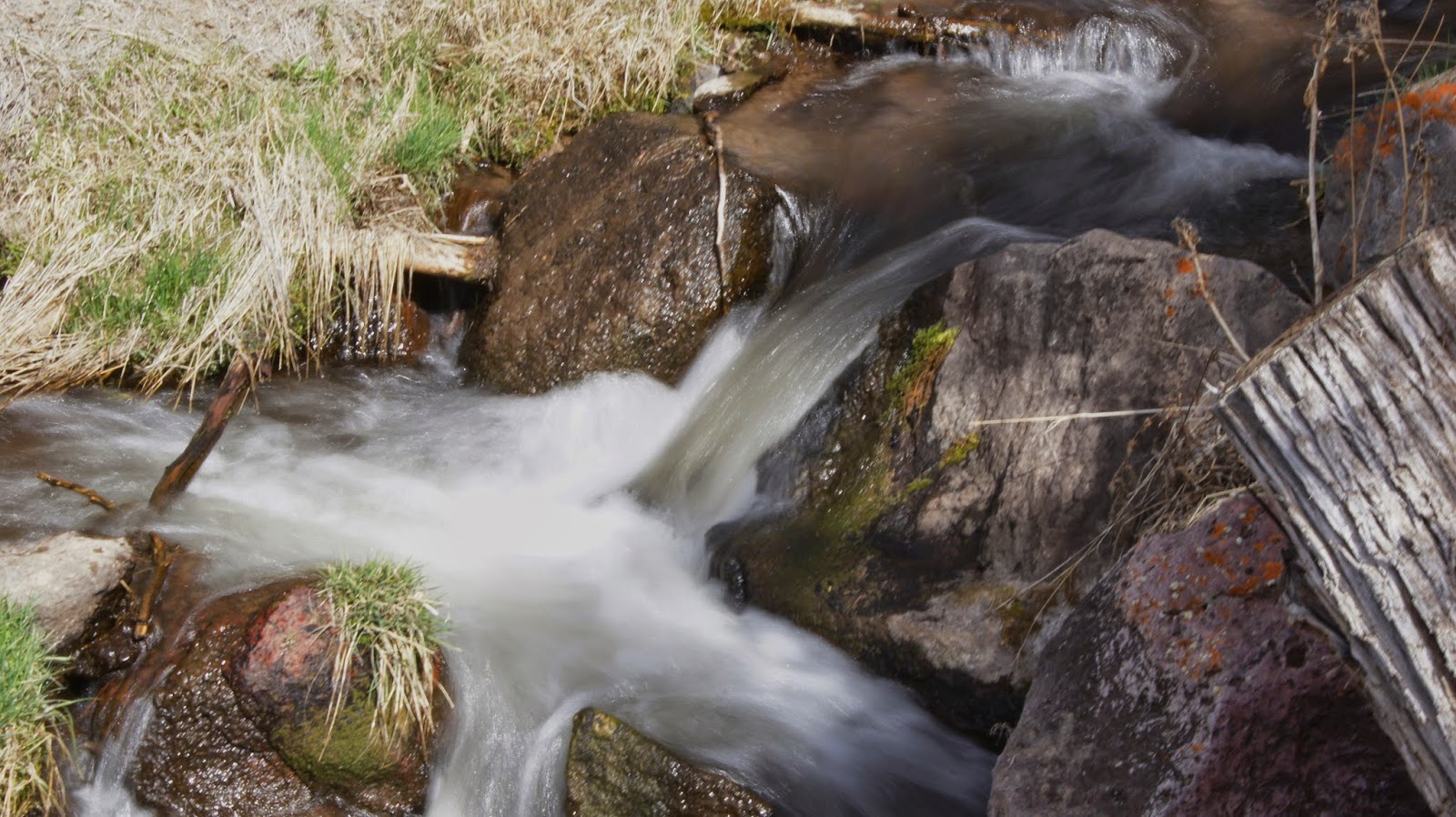 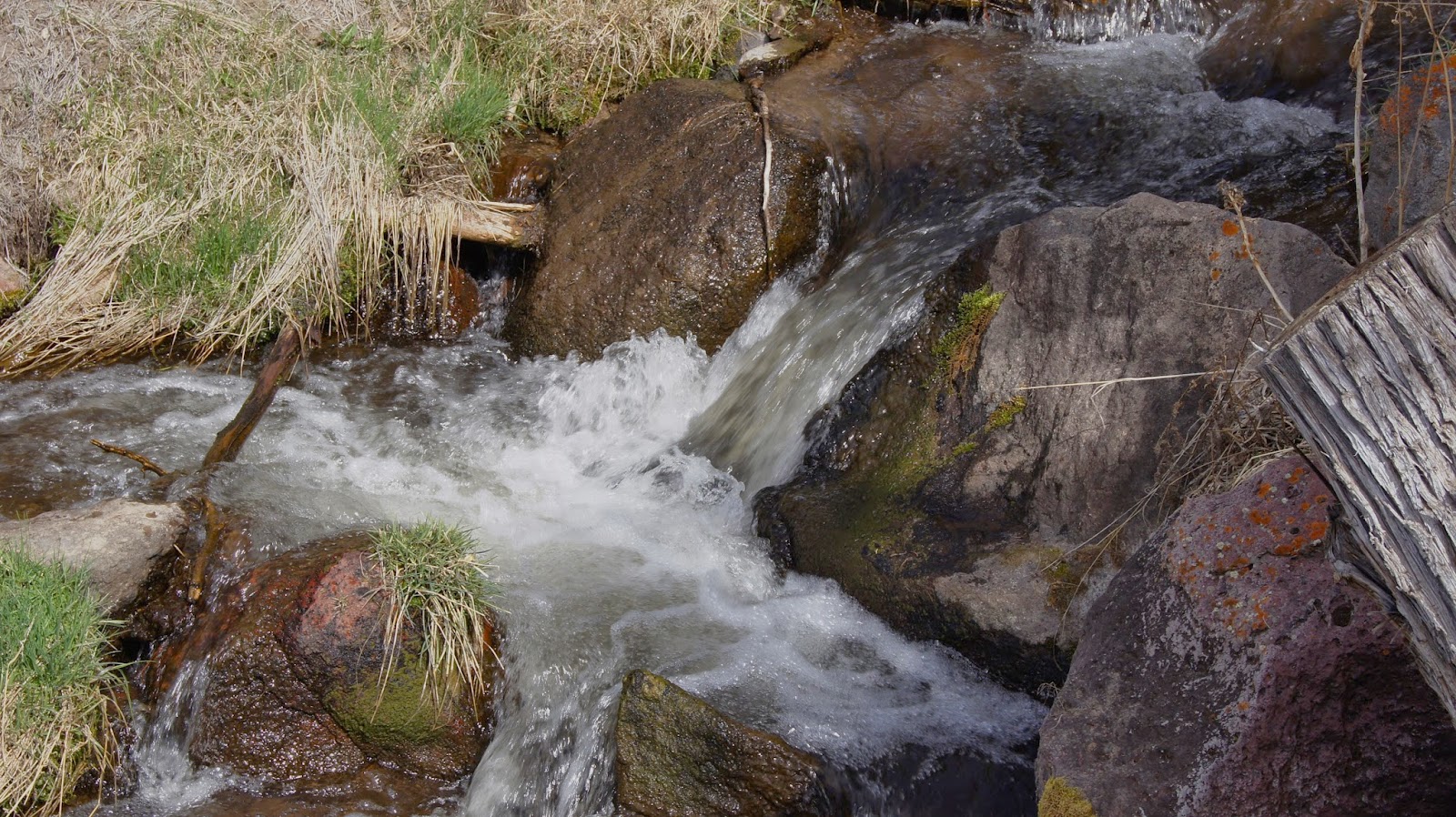 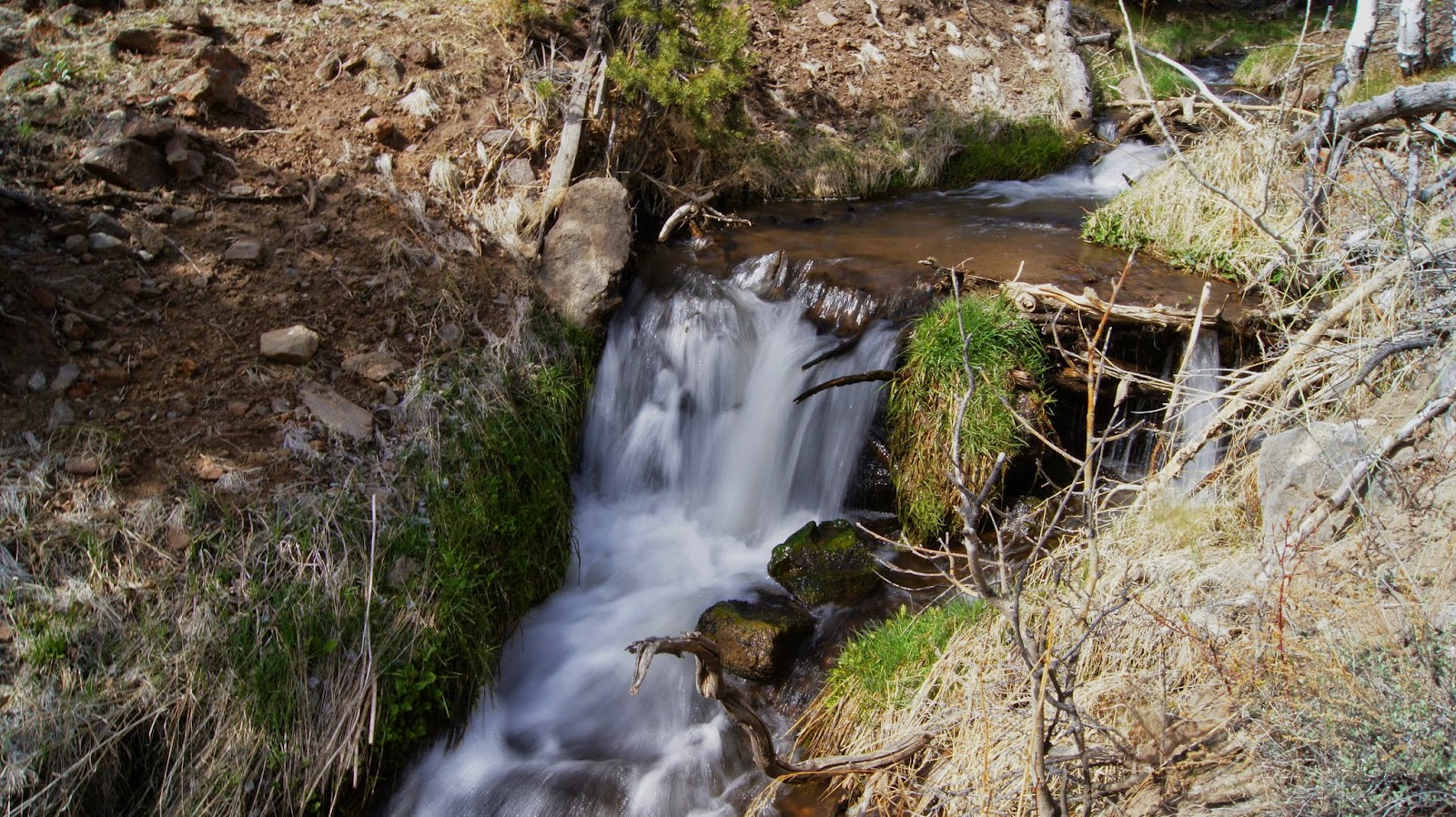 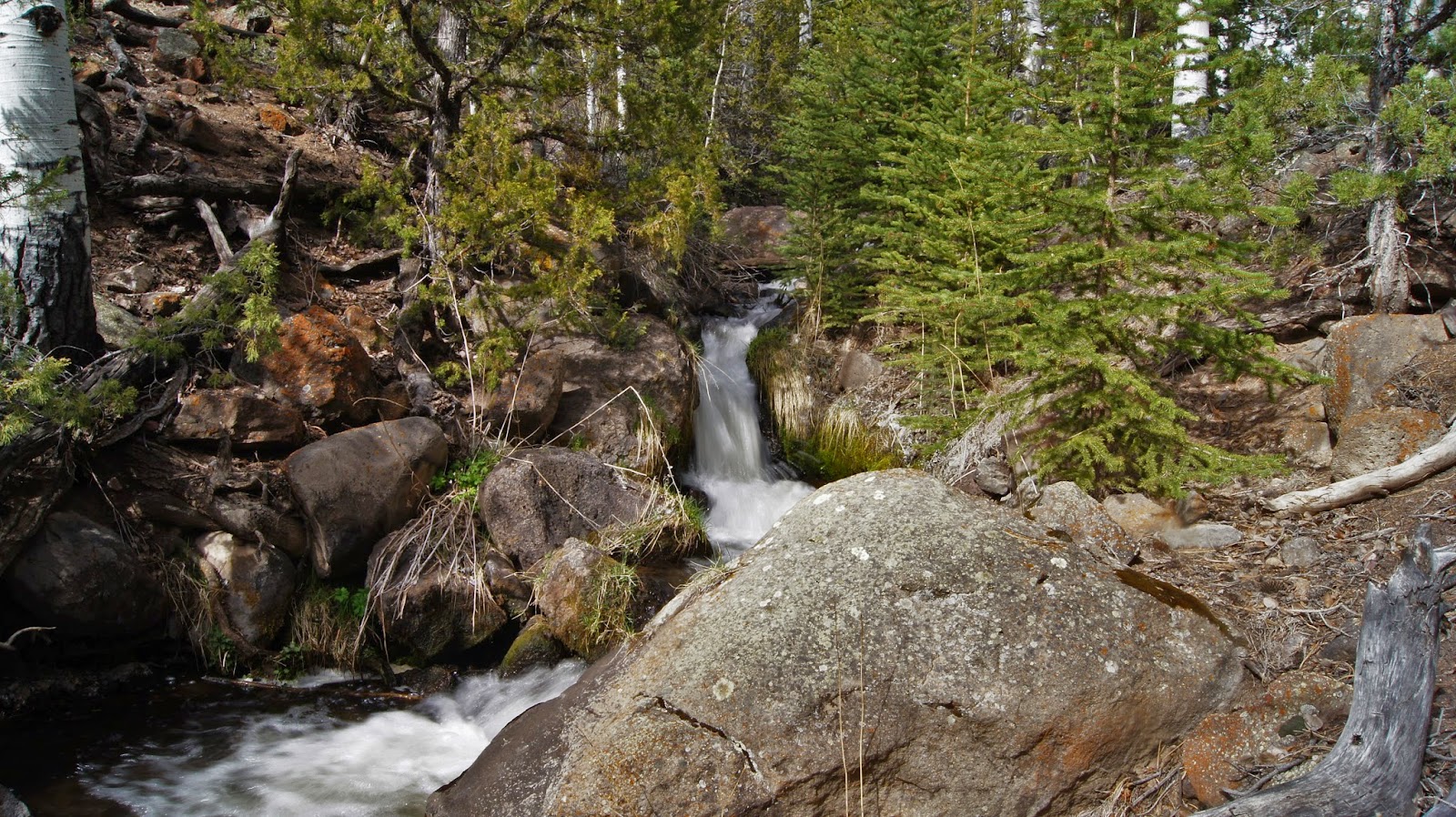 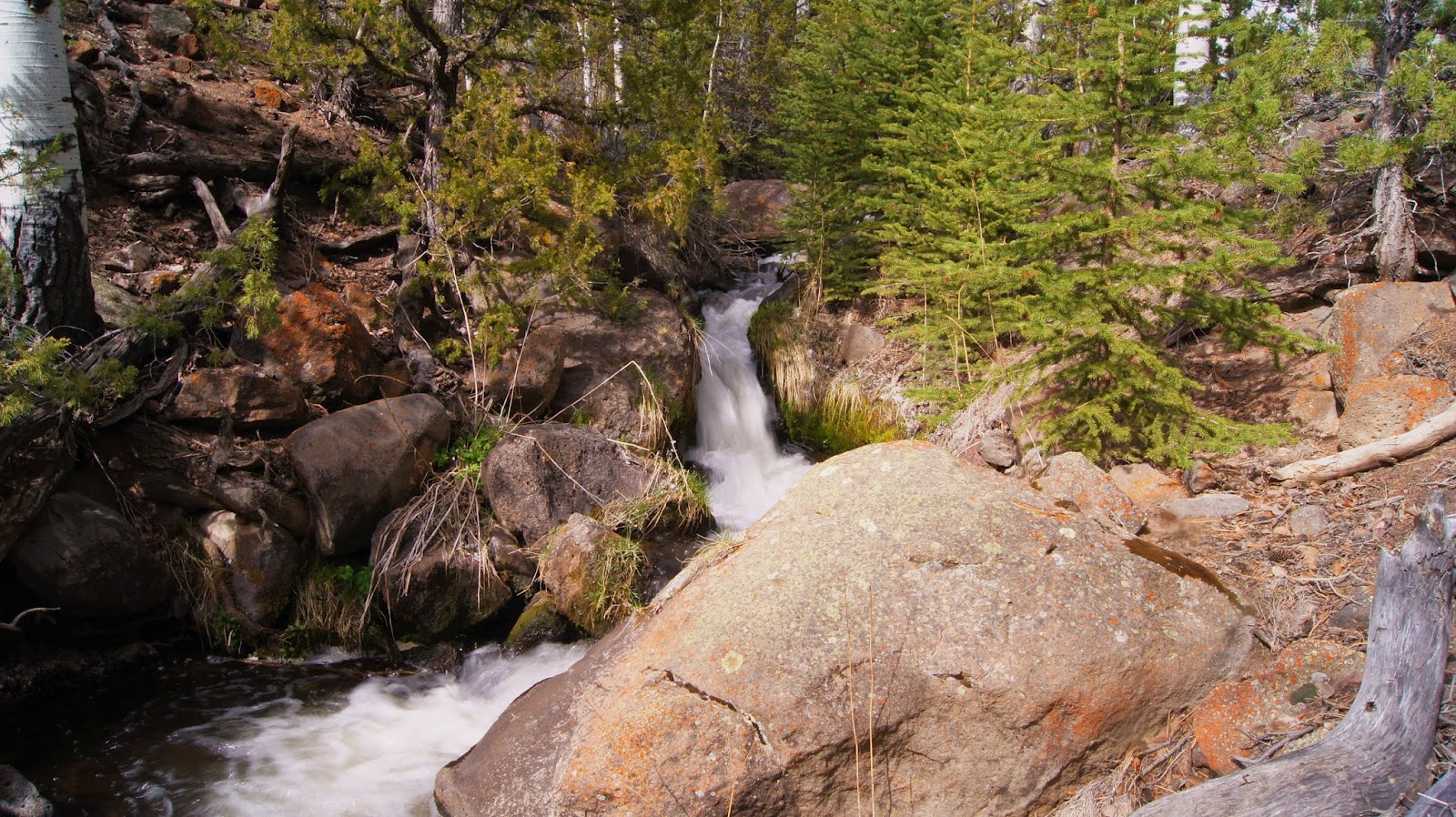 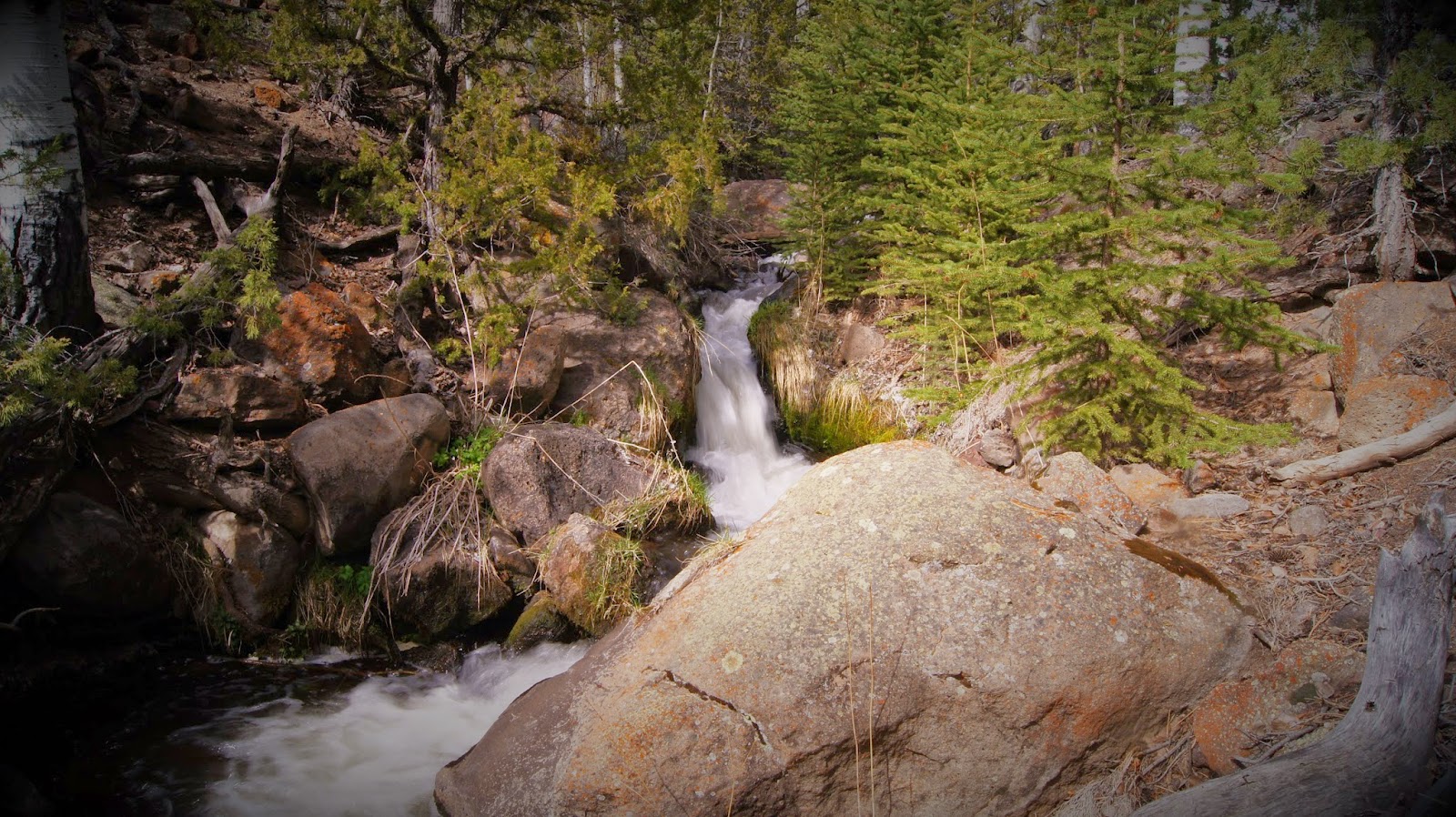 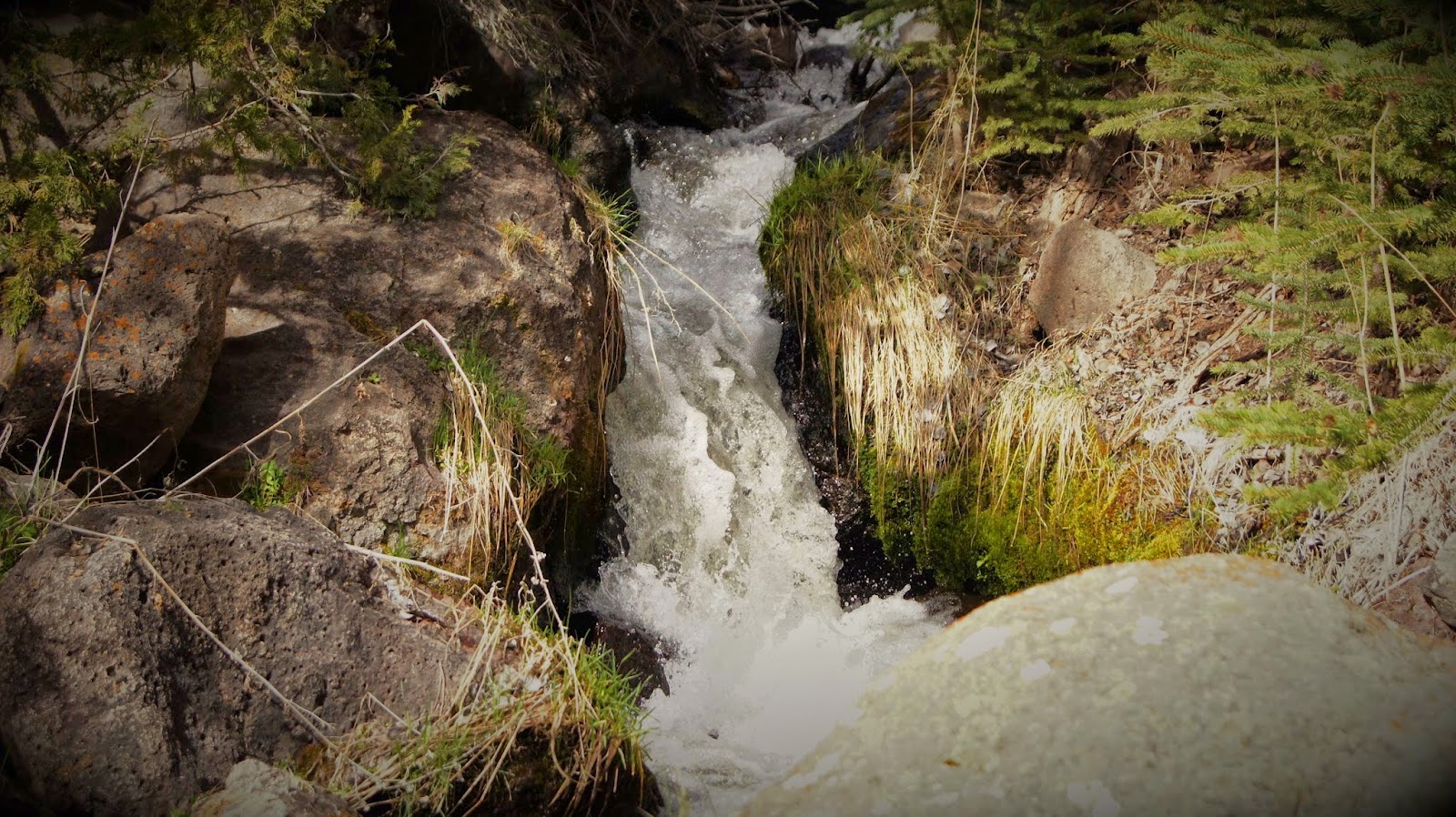 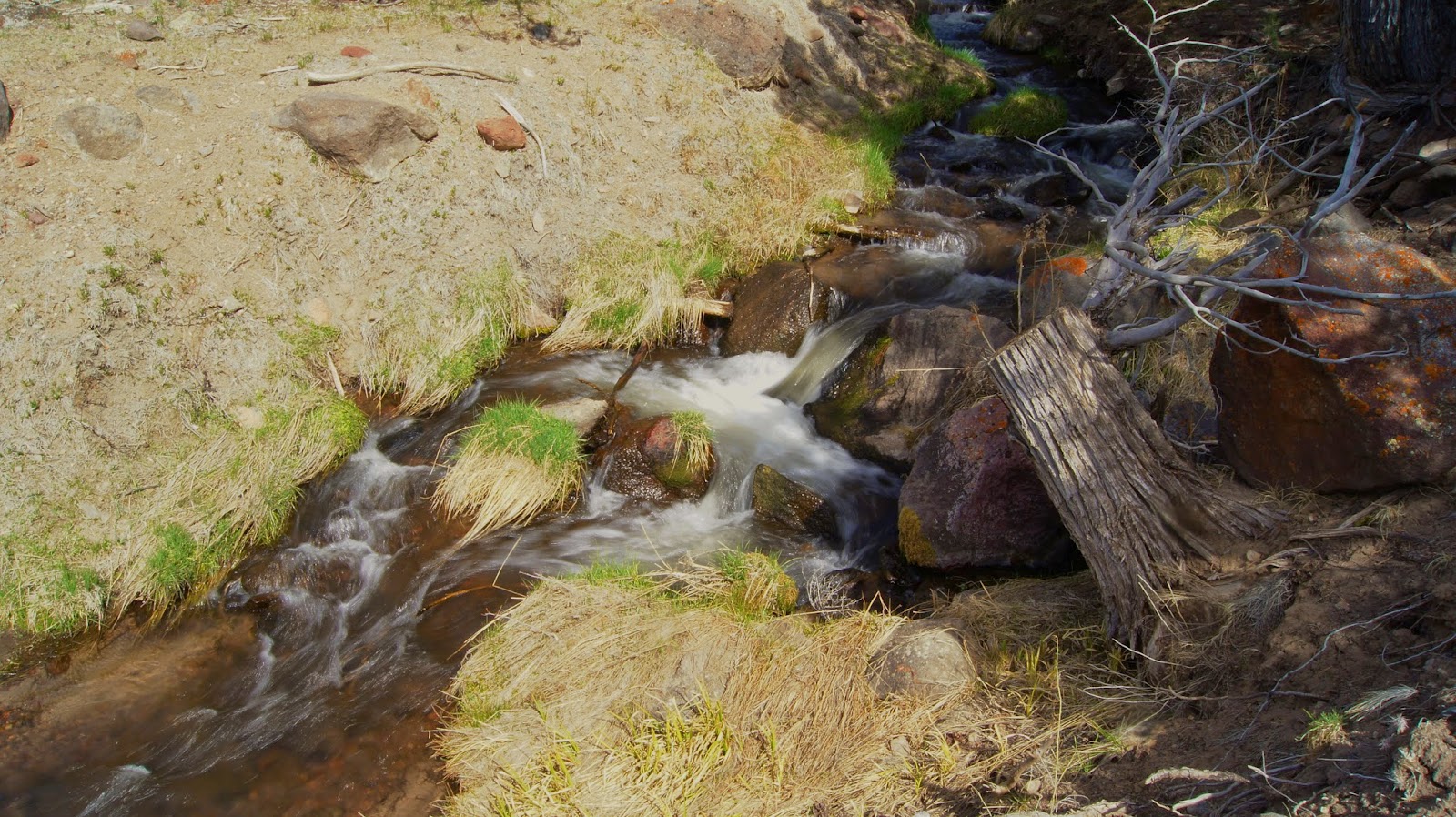 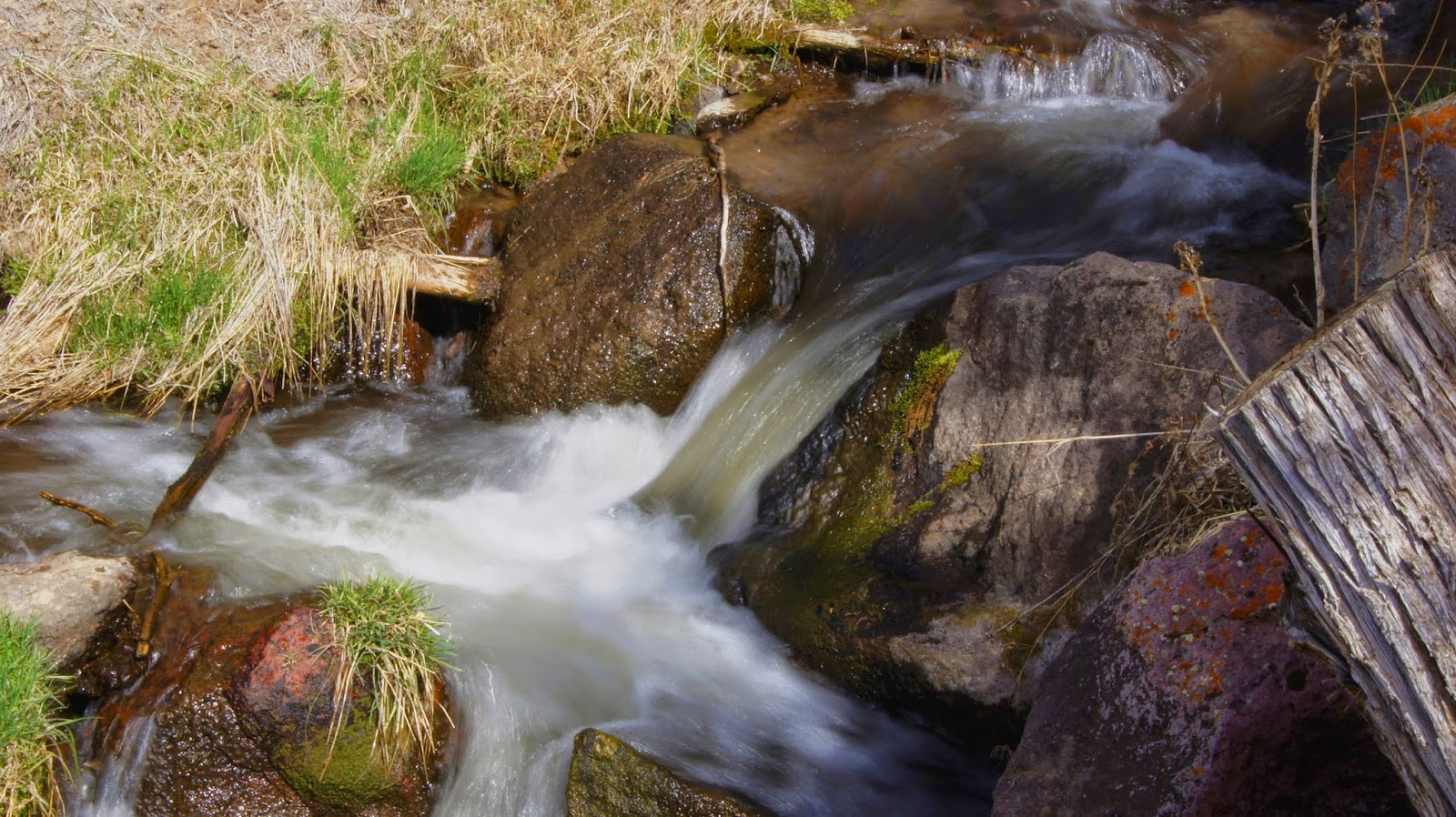 What a wonderful trip, can't wait to do it again!


Posted by Packslinger at 9:34 PM No comments: