My Wife and I went to Flaming Gorge for the weekend; I was determined to do something awesome for my 40th birthday. My original plan was to go to Yellowstone National park; however since we have a dysfunctional Government I had to change my plans. After looking at other alternatives and knowing I have another trip in couple days I decided to fish the Green river. We stayed at the Flaming Gorge lodge on Saturday with the intention of fishing the river below the damn. The Green is considered one of the Nations, if not the worlds greatest tail waters.

We arrived around 4 pm and checked into our room, we had dinner and took a drive down to the river to give it a thorough once over for the morning. It was about 6 pm when we made it to Little hole and the wind was blowing pretty significantly. With the sun was going down quickly I knew I didn't have enough time to fish so we just headed back to the hotel. The next morning we had breakfast and were on the water at about 9 am and it was a little chilly. We hiked the trail that parallels the river and tried a few holes as we hiked along. The fishing was slow but I did manage a couple.

Other than a sore lip he was released unharmed! 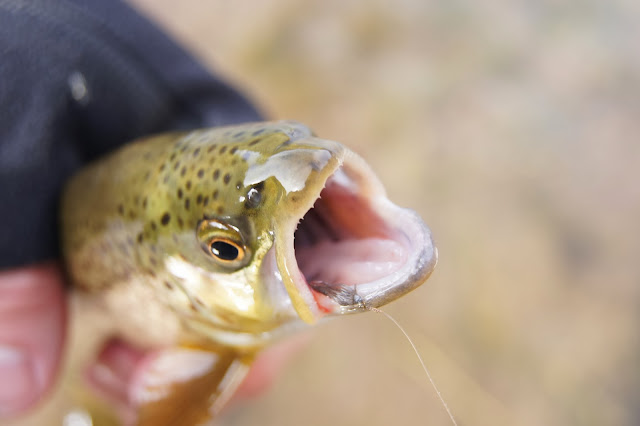 A side view of a very good lookin' fish! 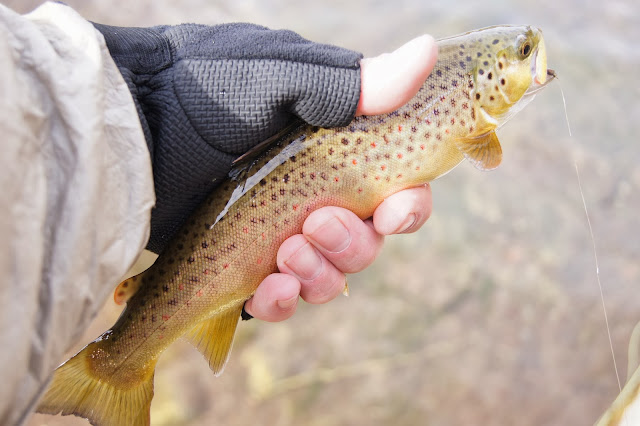 Me, fumbling around tying on some new flies. 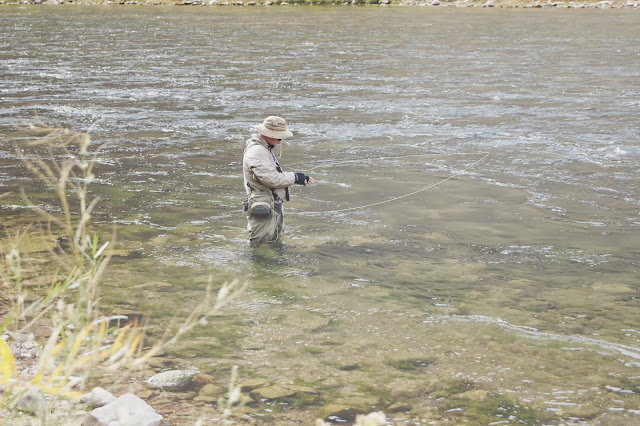 This is what happens when the camera is on manual and forget to switch it back to auto. Its a shame because this rainbow was quite beautiful. 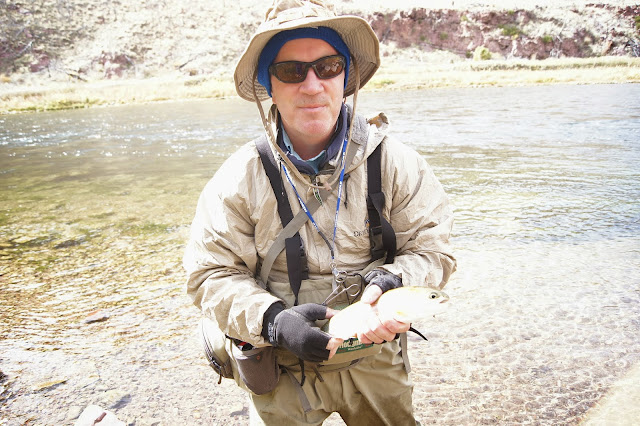 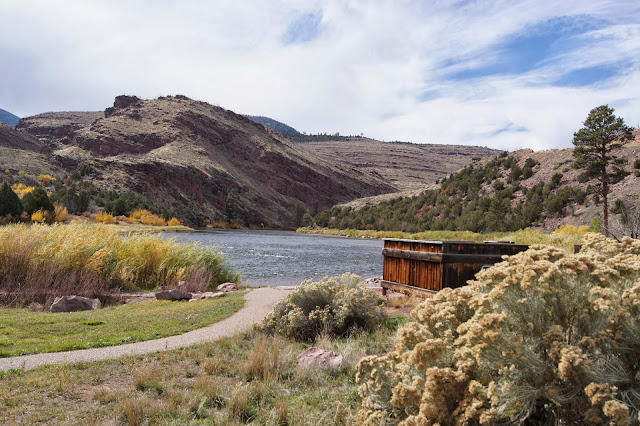 Shortly after the two, and only fish we caught. We headed back towards the truck; the wind was absolutely brutal at times. We decided to pack up due to a storm coming into the area. On the way back we took some pictures of the dam. 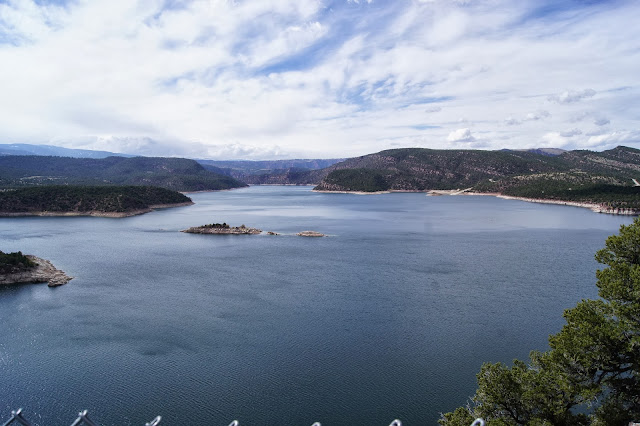 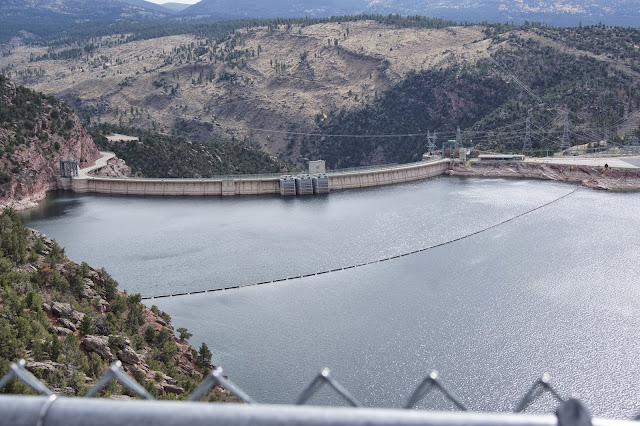 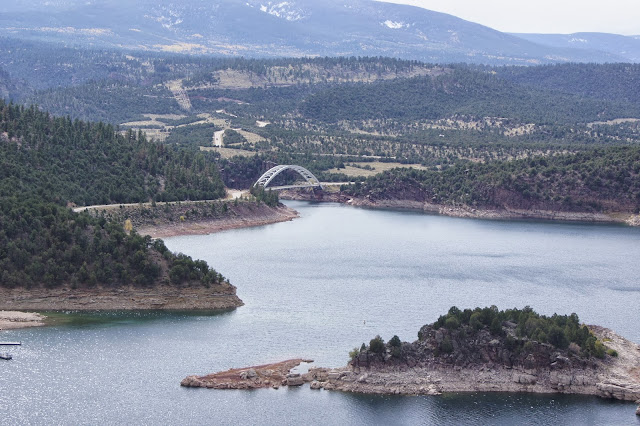 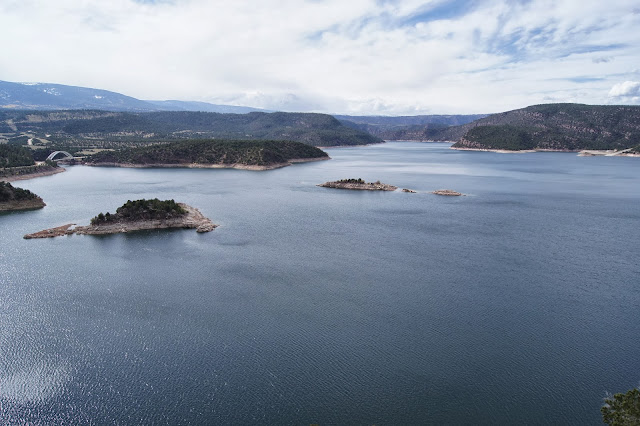 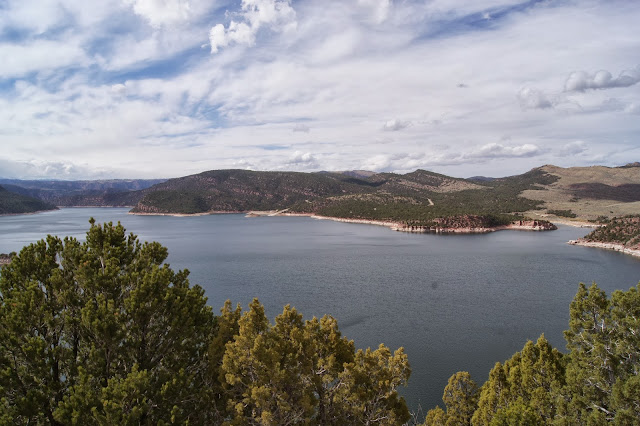 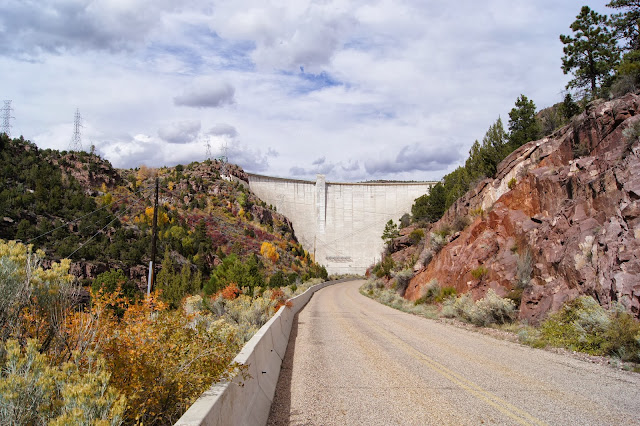 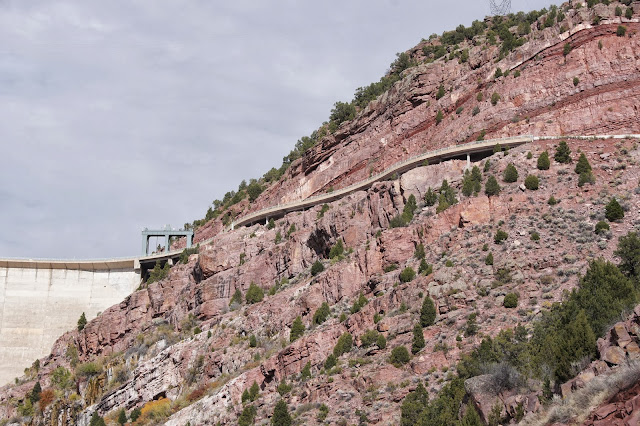 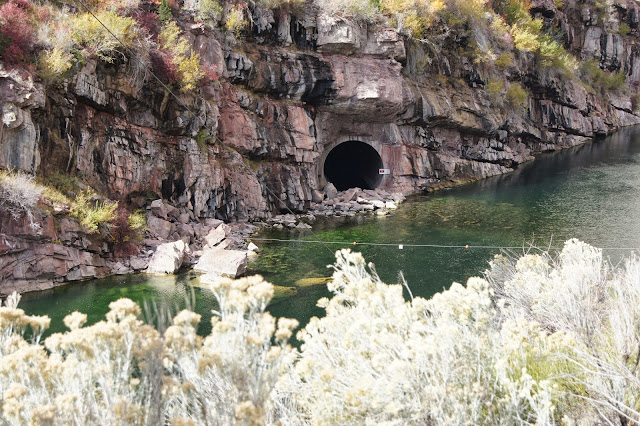 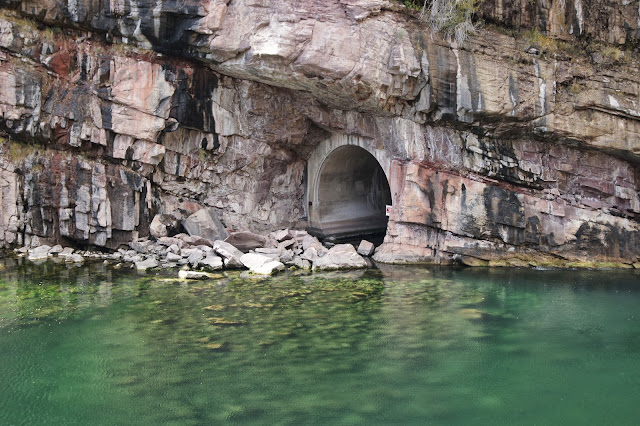 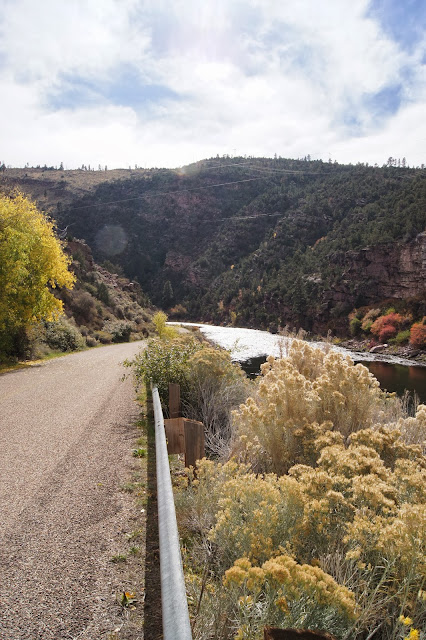 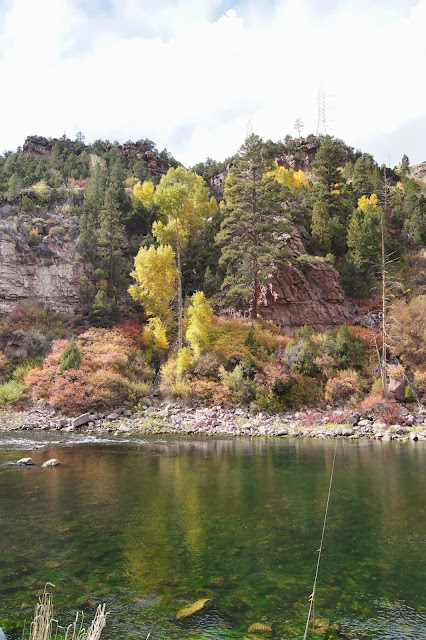 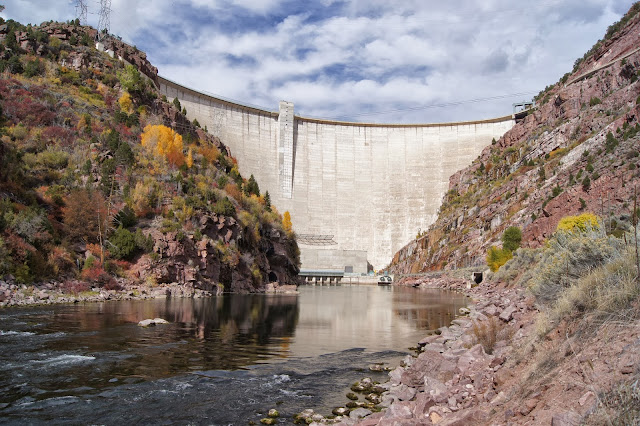 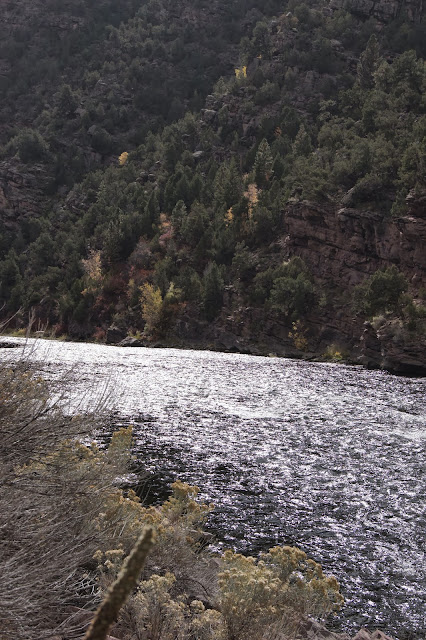 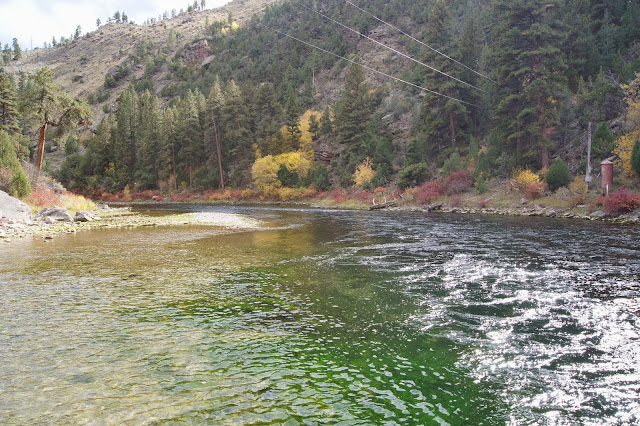 There is a trail that leads down to the river and bottom of the dam. Well worth the effort! 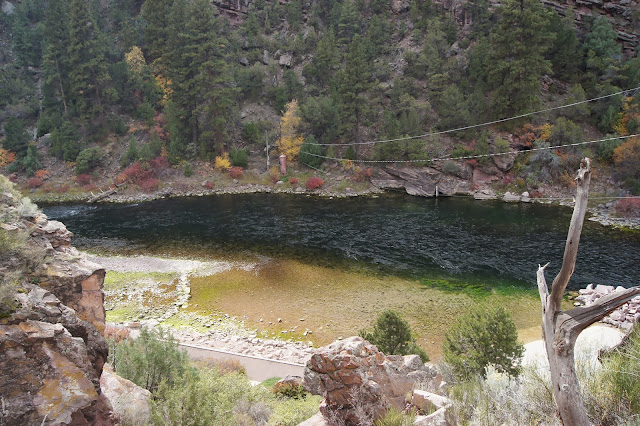 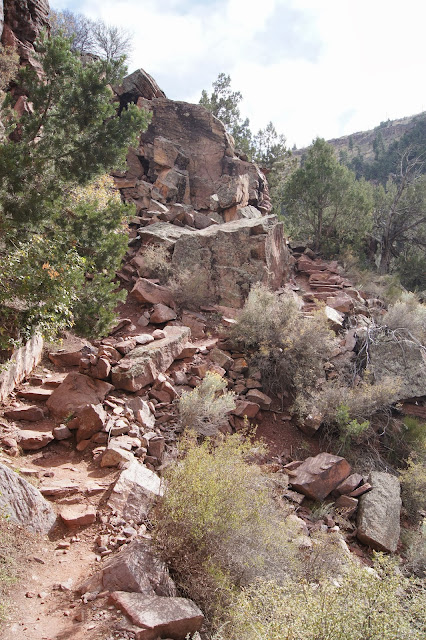 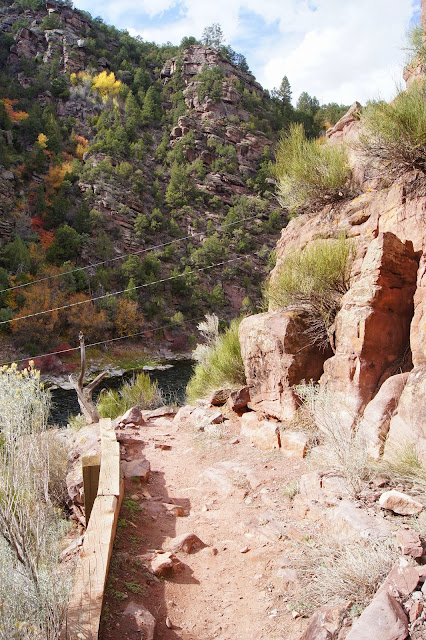 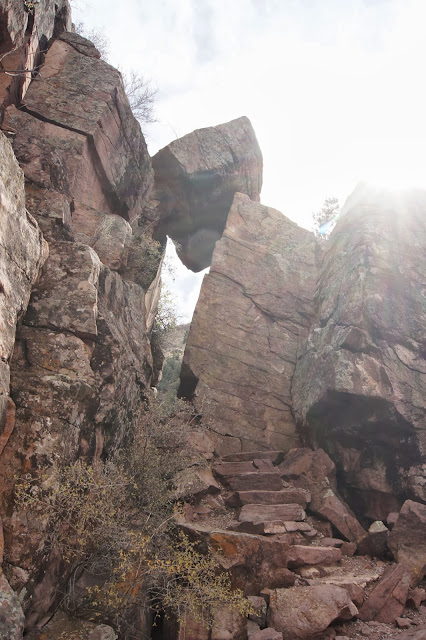 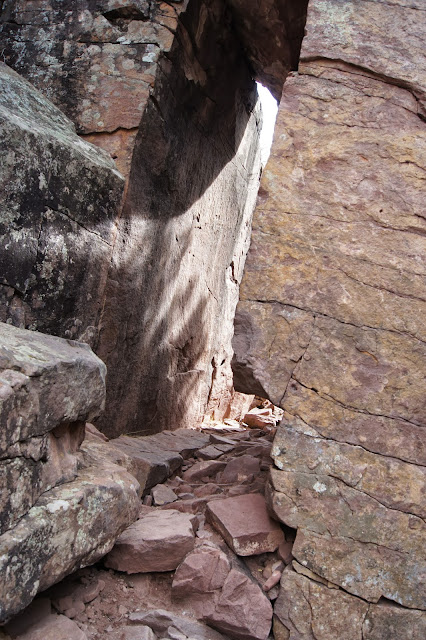 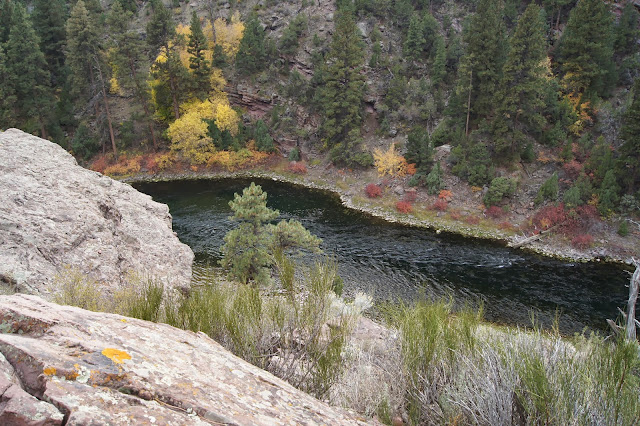 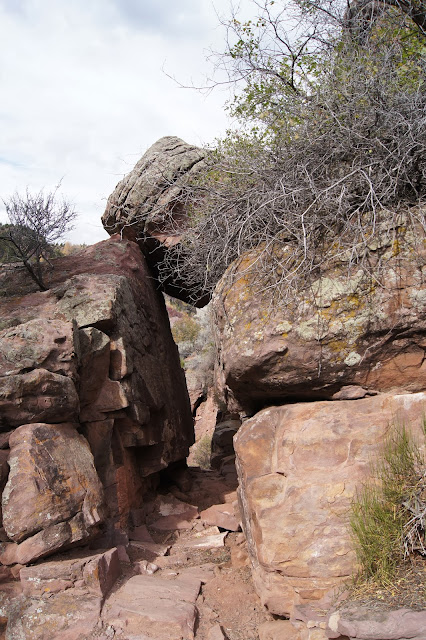 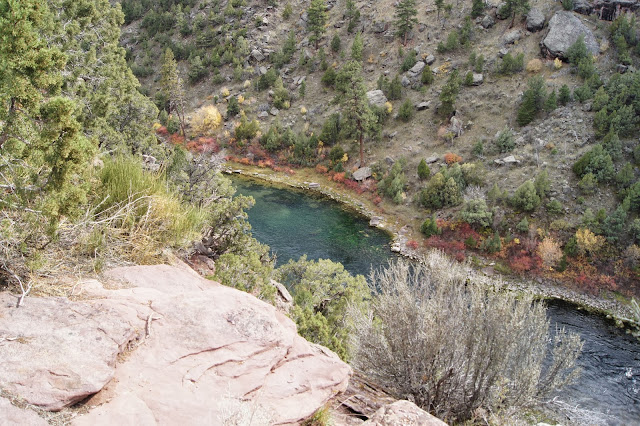 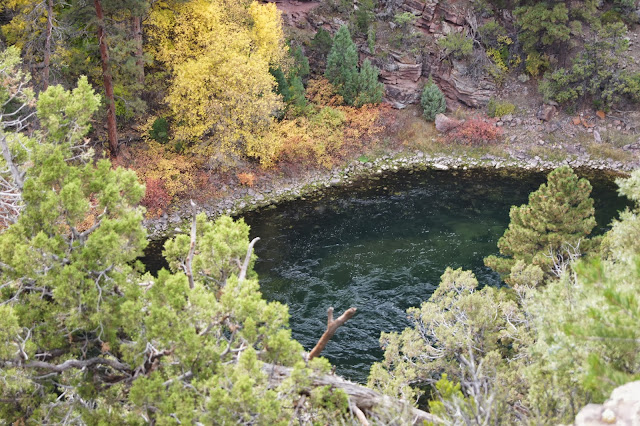 Back to the truck and time to head home. 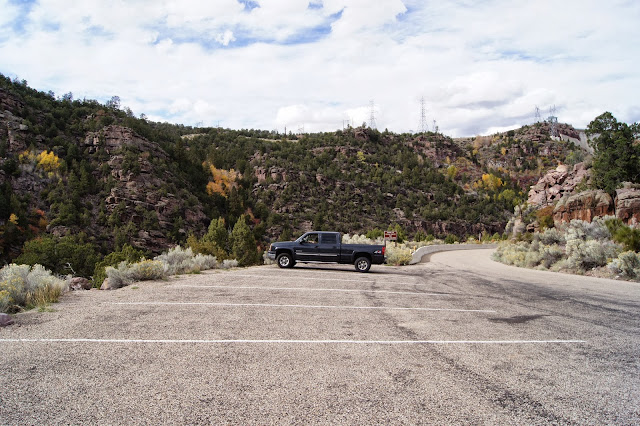 It wasn't my dream birthday weekend, but it was fun none the less!
Posted by Packslinger at 8:26 PM No comments: