This winter has been tough for me! Not enough snow to snow shoe and too much to hike, so I have just concentrated on photography and with that, I knew I need to add the Tetons to my repertoire! So, I formulated my plan earlier in the week and informed the wife, luckily for me she puts up with my addictions and quirks!

Saturday I loaded a sleeping bag, my backpack, and camera gear into the truck while contemplating exactly how I was going to compose my shots. You can't call yourself a photographer without shooting the Tetons. My tentative plan involved covering the 250 mile, one way, jaunt to visit arguably one of the most beautiful mountains in the world. My plan was to shoot Schwabacher's landing, the barns of Mormon row, and the Milky Way, if possible.

I departed my house around 1 pm and I was in Jackson Hole, Wyoming around 5 pm. I took the scenic route which was 40 miles shorter and half hour longer; well worth it, by the way! Schwabacher's landing's gate was closed along with Mormon row; so my only choice was to catch the sunset after I grabbed a quick bite to eat in Jackson and starts shooting when I returned to the mountain. 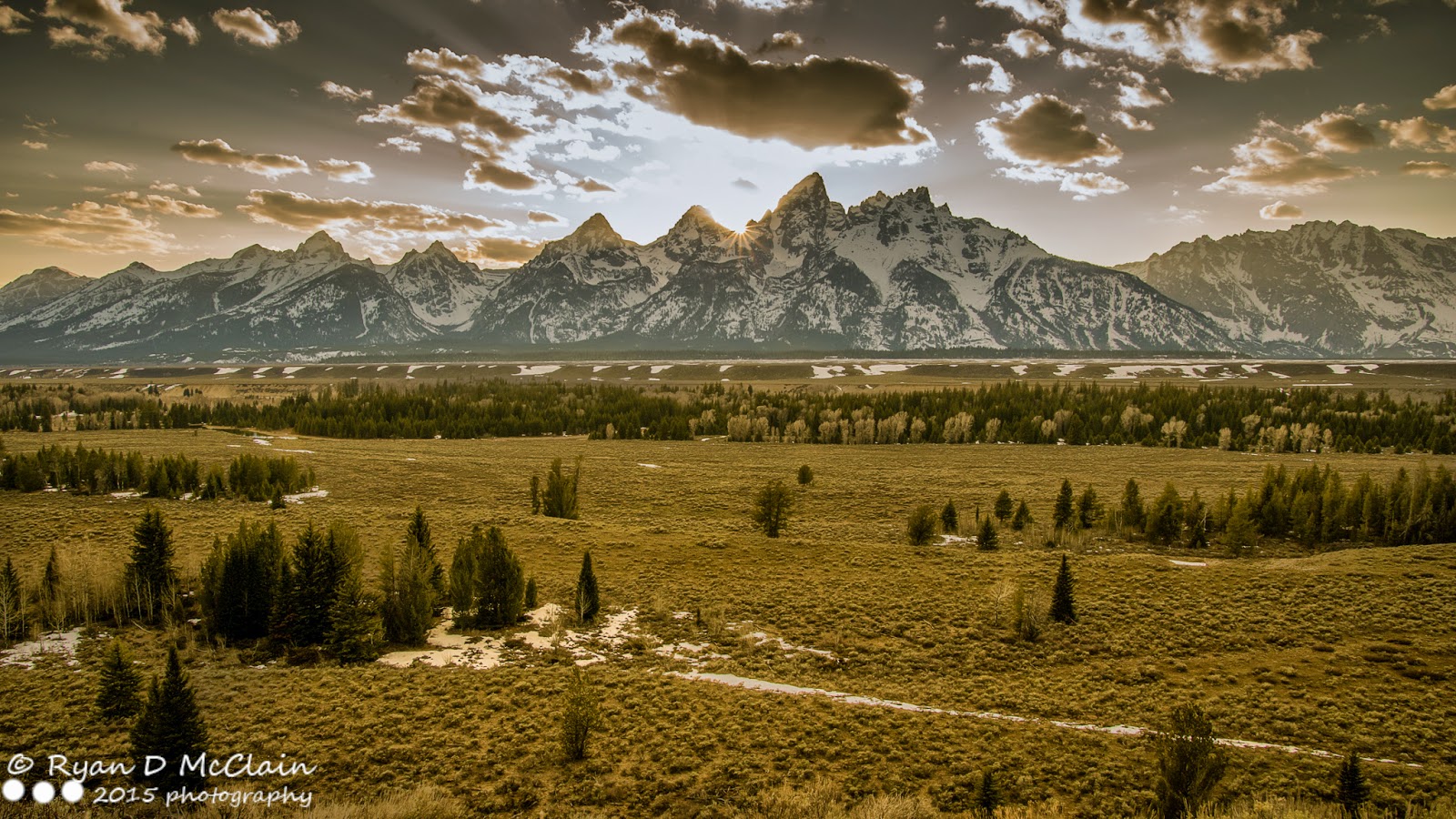 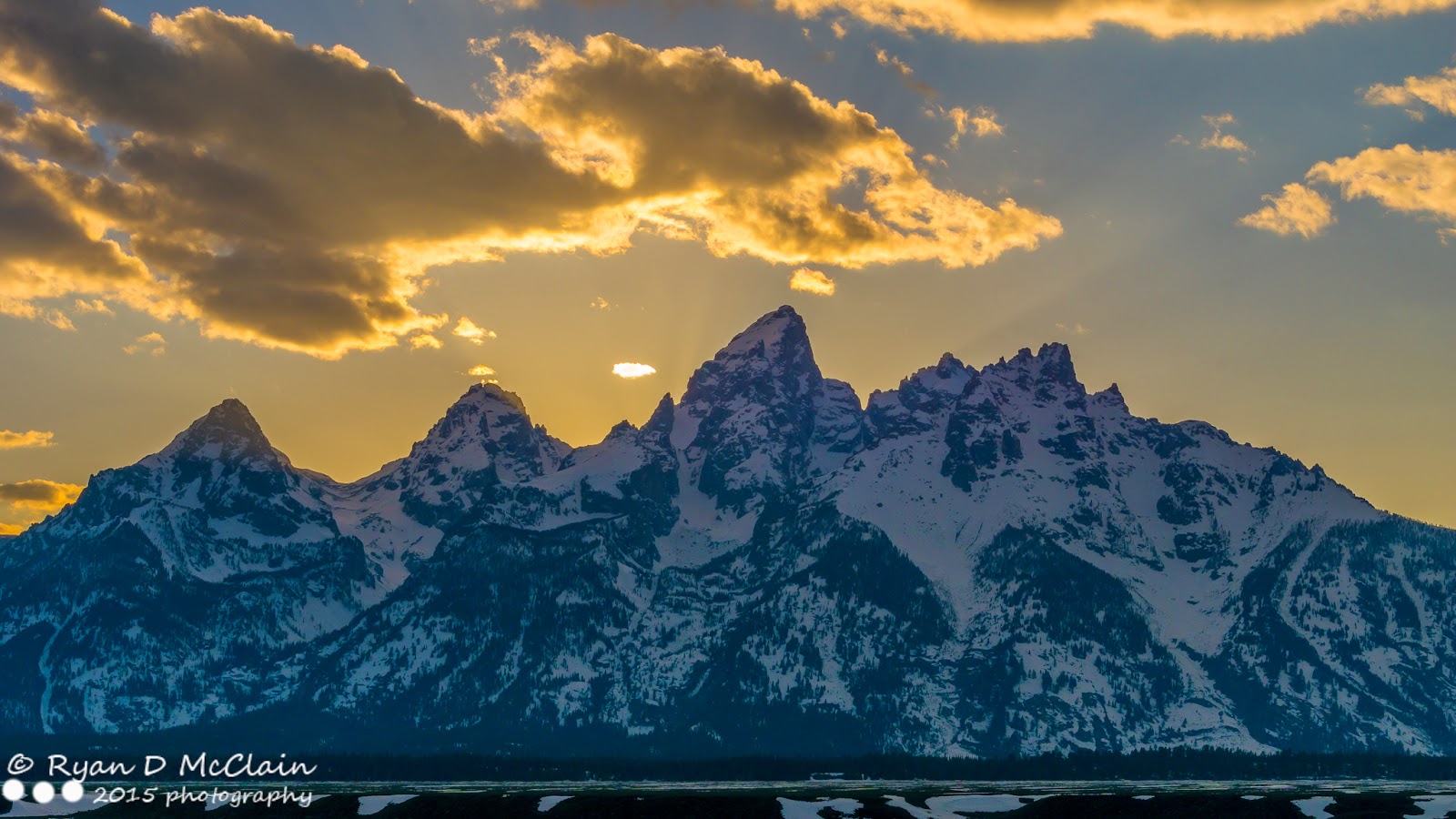 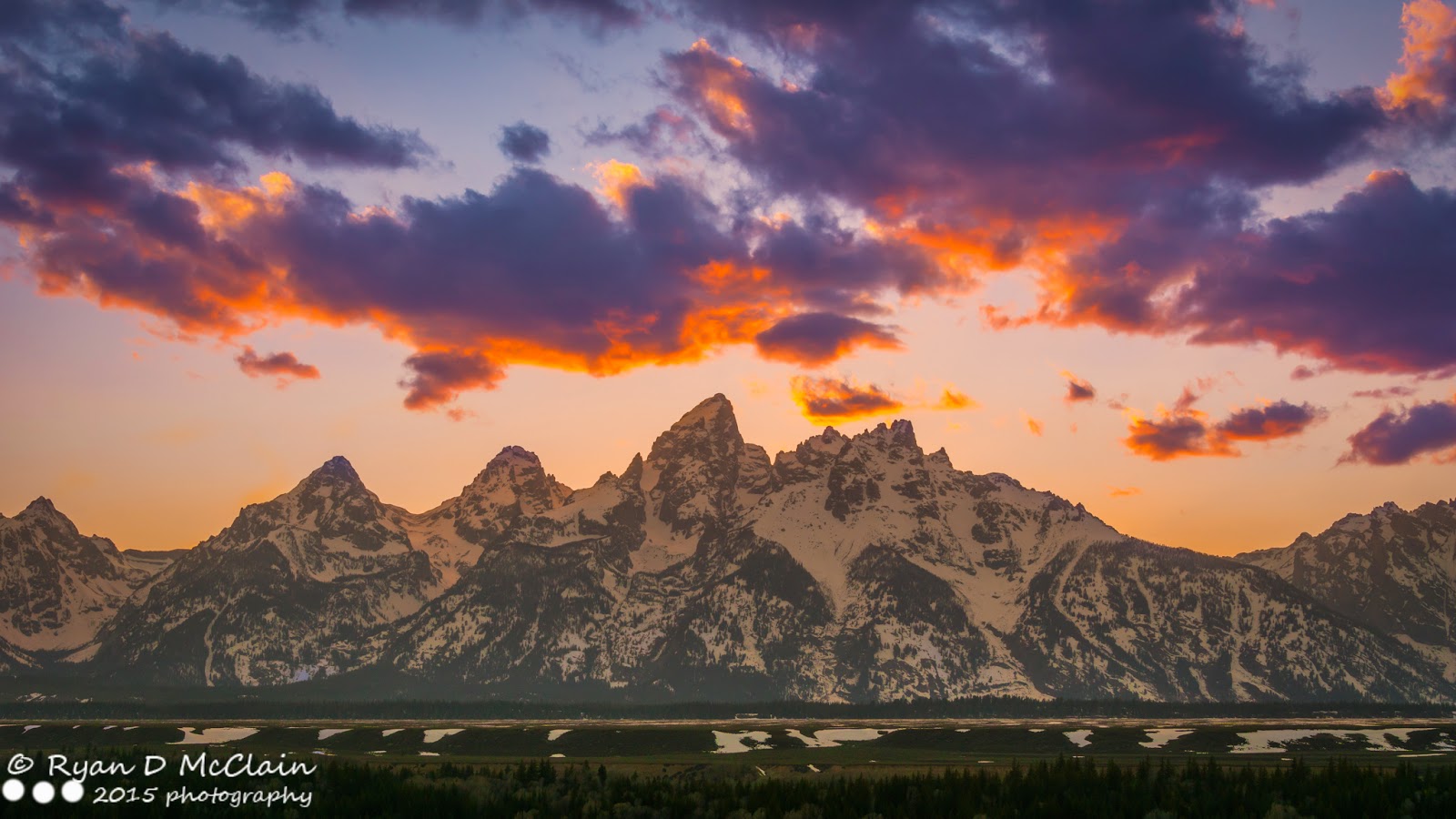 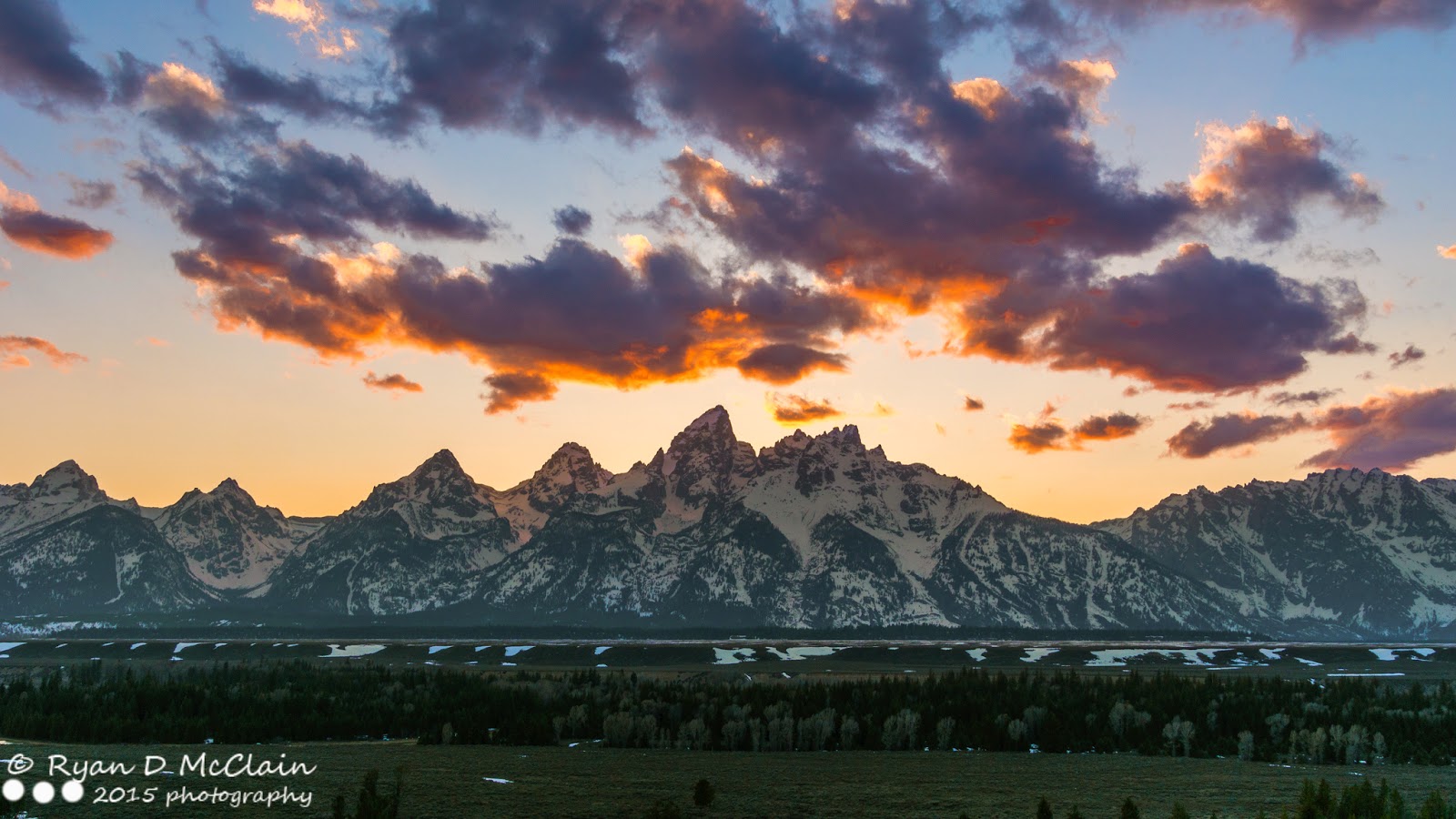 The below nightscape test shots, didn't turn out very well, but I froze my hind end getting them, so I'll share. I planned to sleep in my truck waiting for the Milky Way to make it journey across the sky. While waiting I did the research I should have done at home on my phone and I realized that it wouldn't be directly over the Tetons until after 5 am. So my new plan was check every couple hours and I was sure that I would catch it.  Just after 3 am, it was directly above me but really faint and at 5:42 am when I woke again, twilight had begun and it was not visible any longer, so I'll just have to head back another time when it will be visible earlier in the evening. 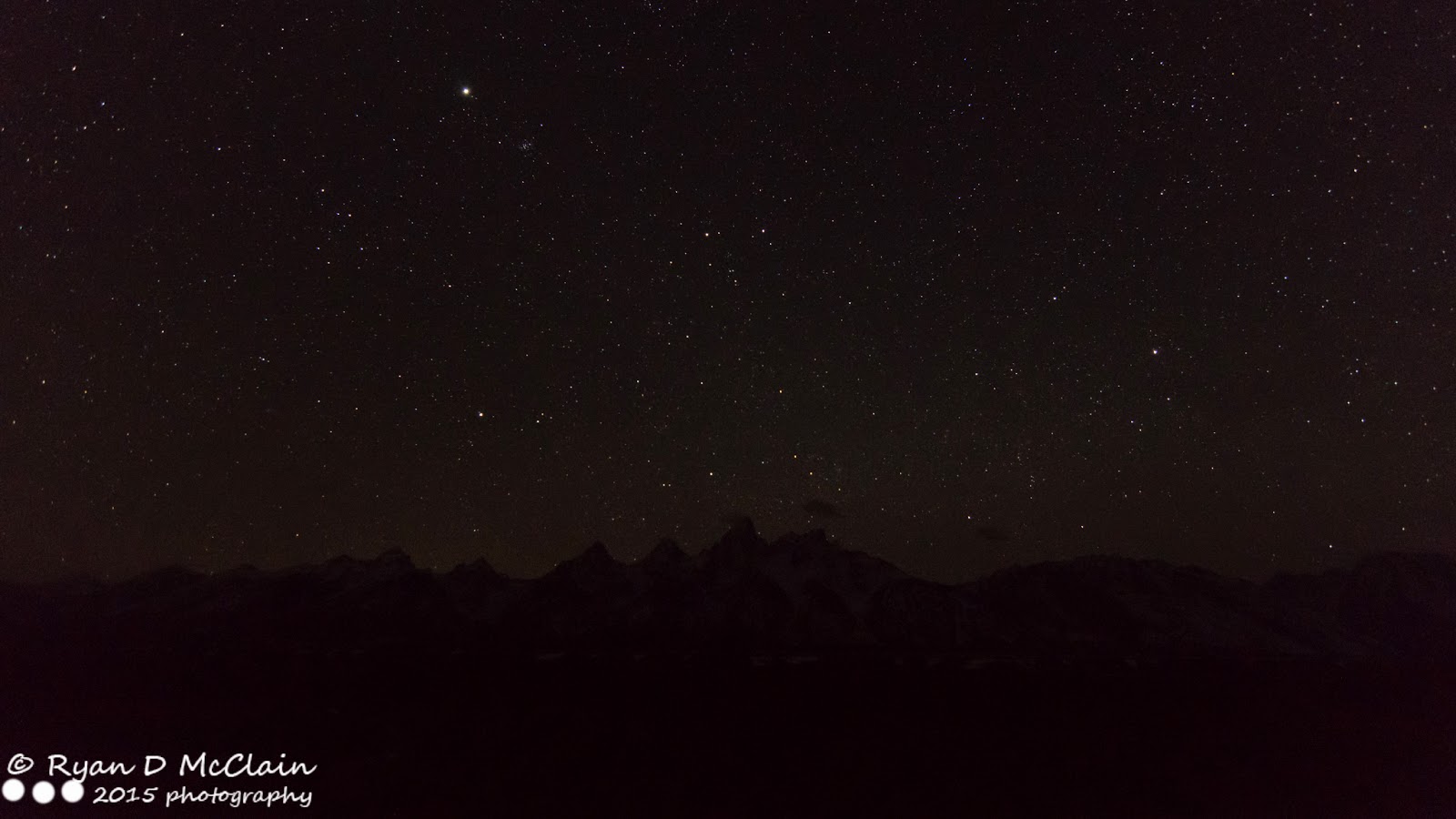 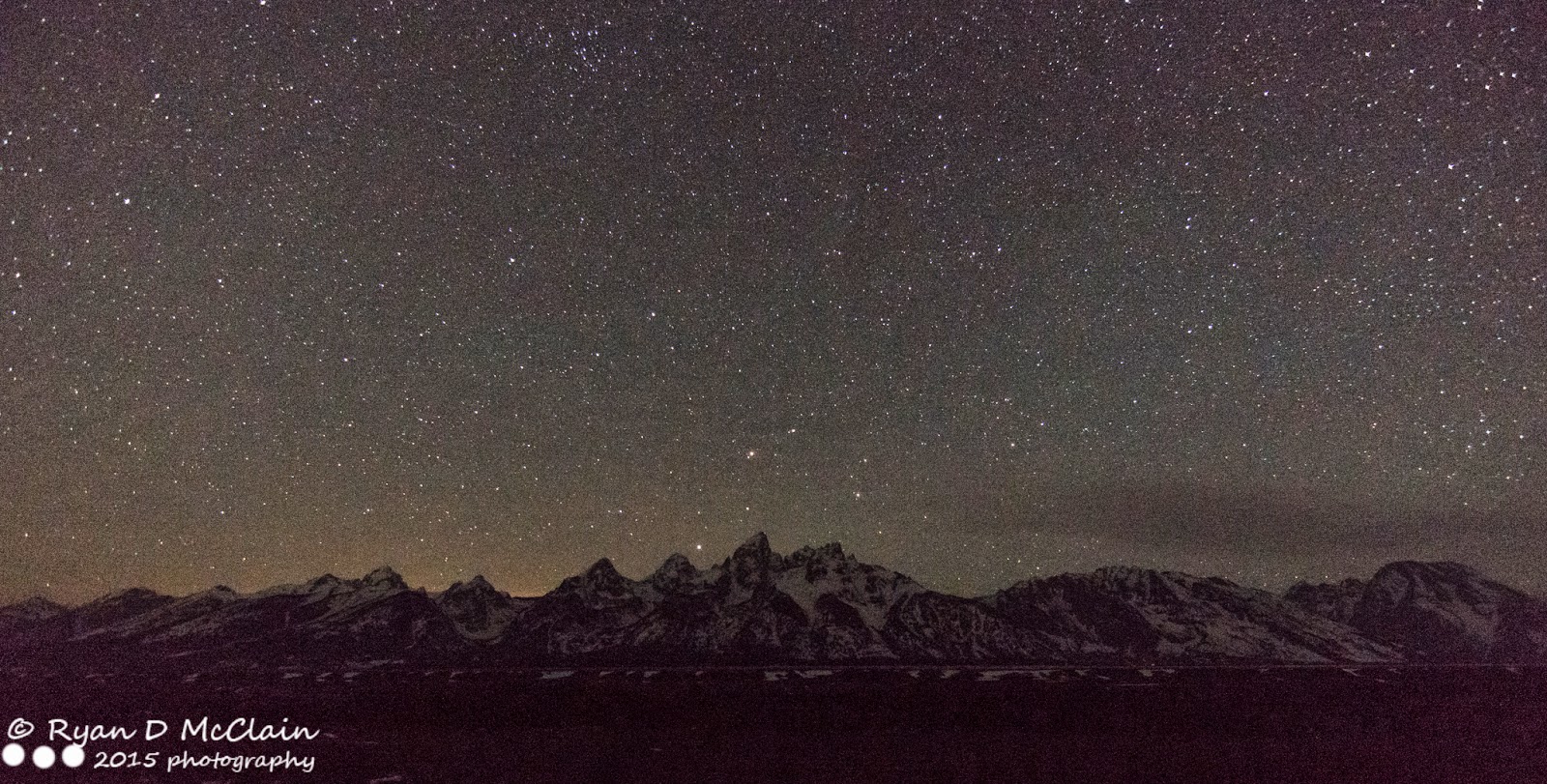 After missing my shot I decided to head for home and caught this at the last minute, just as the sun rose along the Snake river, it was hand held ,so it's not very sharp, but shows the scenery along the way! 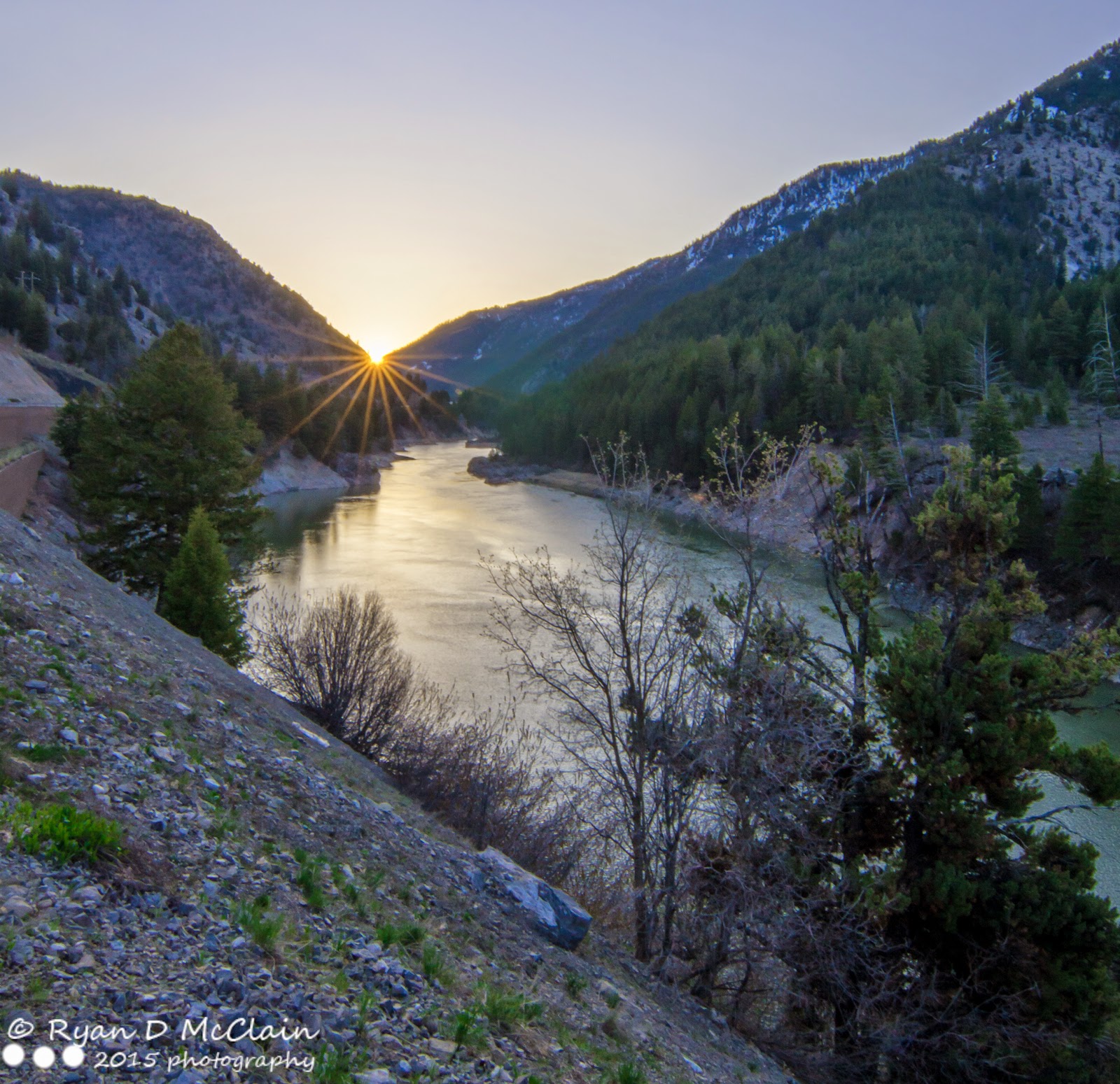 Posted by Packslinger at 4:29 PM No comments: